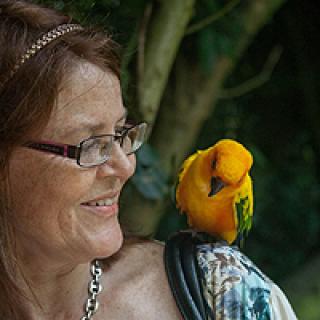 The skills development community has lost a champion with the sudden death of Gill Connellan on Easter Monday. Gill had a long and successful career in recruitment and training, and was one of the founders, and still the Chairperson of, the Association for Skills Development in South Africa (ASDSA).

Gill was well known and widely respected within the business sector. She was very active in the skills community providing guidance and support for many. She had worked for many years in the recruitment industry and was later involved in Seta management. She ran a very successful upliftment project in the poor area of Vrygrond for many years.

She was a support to me over the years of running the Skills Portal and our other websites.  A little over a week before she passed away a policy issue with a Seta came up and she was the first person we approached for guidance.  At our last meeting in December 2017 we discussed the challenges facing the sector and discussed ways that the country could take the skills revolution forward.

ASDSA released a statement on her passing, "It is with great sadness that we heard that Gill Connellan had a stroke this morning and has passed away. Gill was a founding member of the ASDSA and has been our guide through all these years. We will miss her enormously".

ASDSA Western Cape head, Maryna Ritter, praised Gill for her role in developing the country's skills base. "A huge shock this morning! An Angel was called to heaven. An absolutely huge loss to the skills development family, industry, and to me - one of the greatest mentors I could ask for. She had a clear vision & a very strong passion for skills development that was never-ending. Her time, effort and work she put in would be very hard to replace. Condolences to the family, friends and colleagues. RIP Gill- you will definitely be missed!"

"It is truly with great sadness and emotion that I have to advise all skills-universe members that Gill Connellan passed away suddenly this morning 2 April 2018 – apparently as a result of a stroke.
Many of our members will know her through membership of ASDSA, which she founded and built up through sheer determination and commitment.
There are many citizens who will remember her training – of workers – giving people a start in working life and her commitment to the development of SDFs.
Personally, I will miss her opinion and her advice tremendously. We didn’t always agree on everything but we shared a commitment to skills development and I admired and appreciated her contribution enormously.
My sincere condolences to her family and all those who were personally close to her."

Many other industry leaders paid tribute to the Gill on social media.

Janelle Gravett "Gill was an incredible woman who gave so much to our industry and the development of people. My sincere condolences to you and your family. She will be dearly missed".

Wynand Goosen "The contribution to the development of people remains immense. Gill was a Doyen if the industry. Gill, know this, the shade from the trees that you planted will give shadow and comfort to many".

Margaret Nicol "Sincere condolences to friends and family for the loss of such a credible and remarkable leader and friend. Gill, you were an inspiration to so many of us and sparked my entry into the industry. Thank you and rest in peace".

Family and friends have announced that there will be a memorial service for Gill at 11am on Saturday 23rd June. Details will be added when they are available.

On behalf of everyone at Portal Publishing we would like to offer our condolences to Gill's family and many friends.