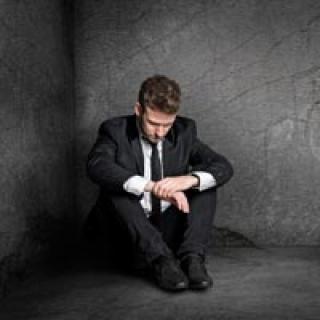 South African businesses are lamenting an increase in crime, a scarcity of
available skills and poor service delivery from government which is hampering
business growth, stability and expansion plans.

According to the latest Grant Thornton International Business Report (IBR)
quarterly tracker survey for the fourth quarter of 2013 to December, 66% of
South African business executives state that they, their staff or immediate family
members of staff have been affected by the threat to personal security in the
past year. This figure is 14% higher than the number recorded in December
2012 (52%) and it is a shocking 20% higher than two years ago, in Q4 2011
(46%).

"Poverty is well known to be the core cause of criminal activity - South
Africa?s struggling economy, weak currency and striking unions no doubt directly
impact this climbing figure,' says Andrew Hannington, CEO of Grant Thornton
Johannesburg. "The constant effect that crime has on SA as a whole is totally
unacceptable and much more focus needs to be given to this scourge now, to
ensure that crime does not continue to impact on our daily lives.'

Contrary to popular perceptions, Gauteng is not the worst-affected region,
with KwaZulu-Natal topping the tables as the province in which businesses are
most impacted by crime, at 68%, followed closely by Gauteng at 64%, then the
Western Cape (63%) and finally the Eastern Cape at 58%.

The greatest impact which crime has on businesses is that of the increased
cost of security, which 76% of South African businesses flag as a financial burden
they face.

Grant Thornton?s IBR provides tracker insights for the fourth quarter of 2013
to December specifically presenting perceptions into the views and expectations
of over 12 500 privately held businesses surveyed in total per year across 44
economies. It also highlights regional and national perceptions of privately held
businesses regarding crime, service delivery and political climate for 600 South
African business owners annually.

The issues of over-regulation and red tape, and the lack of availability of a skilled
workforce have once again topped the charts as the two biggest constraints to
business growth in South Africa. When asked to list constraints, 38% of South
African business executives state over-regulation and red tape as a major cause
for limited growth while 36% of business owners state that the lack of skills is
constraining their expansion plans.

"This is not just a local concern, though,' says Hannington. "The IBR
research reveals that SA statistics are on a par with the global data relating to a
lack of skills (Global: 30%) and over-regulated business environments (Global:
35%). Limiting business growth by adding complex red tape to various
processes is concerning, while a global skills shortage highlights that companies,
governments and trade associations need to collaborate more to try and mend
this issue once and for all.'

A growing concern for local business leaders is the impact that failing
government services has on South African business with 59% of privately held
business owners stating that their organisations have been negatively affected
by poor service delivery (Q4 2012: 57% and Q4 2011: 53%).

The greatest service delivery issue for local businesses is that of basic utility
services (water and electricity supply). In December 2012, 41% of privately held
business owners stated that utilities had negatively affected their businesses.
Just one year later, this figure has nearly doubled, to 79% for Q4, 2013. Road
infrastructure concerns (such as potholes and traffic light issues) and the
negative impact this has on SA business executives has tripled to 64% in
December 2013 from just 20% during December 2012. Fifty five percent (22% in
2012) of businesses flag billing issues as a constraint to doing business.

"Sadly this year - an election year - brings with it a lot of problems that
need real, serious attention. I hope that the winning party will be seriously
committed to solving these concerns in the years ahead, so that service delivery
matters get back on track for individuals and businesses alike,' adds
Hannington.

But this quarter?s IBR data reveals that poor government service delivery
issues are not all doom and gloom.

In fact, companies are taking some of the service delivery matters into their
own hands, in the hopes of possibly mending the concerns. When business
executives were asked what tactics they were considering implementing in the
next year to mitigate electricity supply disruption and electricity price hikes, 55%
of SA privately held business owners stated that they will be investing in
alternative energy sources as well as investing in energy efficient equipment.
Sixty-three percent of companies are also committing to education programmes
so that staff can become more informed about energy conservation

Just over one third of South African business leaders (35%) cite that
uncertainty about the future political direction of the country is impacting on their
future business decisions. Business owners have admitted they are delaying
making important business judgements about the upcoming prospects for their
organisations, with 63% putting off investment decisions and 43% considering
investing offshore, in a more stable economy.

On a positive note, political instability is generating a surprising affirmative
reaction from businesses with 63% of privately held business owners stating
that the uncertainty in the future political direction of South Africa is prompting
them to improve their BEE status.

"There is no doubt that recent amendments to the Broad-Based Black Economic
Empowerment Act (B-BBEE) and the codes of good practice have a material
impact on the marketplace and the manner in which credible companies conduct
themselves,' says Hannington.

The IBR data also reveals that 64% of businesses confirm that BEE is critical
in terms of winning new business. When executives were asked what tactics
they were using to achieve BEE targets, 93% of companies surveyed responded
that they are actively developing people internally. Eighty percent of
respondents have a corporate social responsibility programme in place to ensure
BEE targets are met, 71% focus on their procurement policies and 64% fast-
track key employees. Less than half of SA business executives are considering
equity ownership strategies (44.5%) to meet BEE targets.

South Africa?s optimism for business prospects in the coming 12 months
improved quarter-on-quarter from its lowest level ever, at 18% for the third
quarter of 2013 to 40% for the fourth quarter of last year. This is a figure which
has been steadily declining since the much higher statistic recorded in the first
quarter of 2011 (71%).

"When factors affecting South Africa?s business stability are taken into
account, it is clear to see that day-to-day business functions are sadly being
hampered by a wide variety of macro-economic problems. These issues need to
be addressed, and business has to to collaborate with local and national
government as well as the unions and other labour associations so that
together steps towards an improved business environment can be achieved. No
more waiting - the time is now,' concludes Hannington.