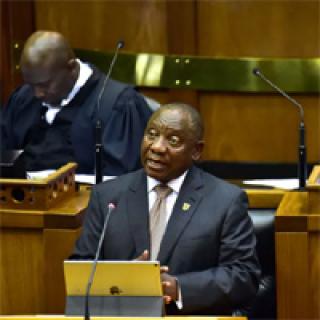 If the vector for growth is the private sector, then the catalyst is SMME.

Before he was elected as President, Cyril Ramaphosa was very vocal about his desire for entrepreneurship to be included in the basic education curriculum.

“There is much more we can do, entrepreneurship must be part of the school curriculum ... So that young people must, from an early age, be encouraged to be problem solvers,” he suggested. The president added that if this topic were to be included in the syllabus, it would lead to a generation of job creators, as opposed to job seekers, and that entrepreneurship would be seen as a viable career option.

In his recent SONA, Ramaphosa set the wheels in motion to fulfilling his vision. He reaffirmed his commitment to entrepreneurship, stating that he is behind entrepreneurs and small business. Looking to the successes of other emerging economies around the world, he went on to say that he believes that “the growth of our economy will be sustained by small businesses, as is the case in many countries”.

The good news came when the president stated that government would be setting aside at least 30% of public procurement to SMMEs, co-operatives and township and rural enterprises. He assured us that they would continue to invest in small business incubation, before adding, “We encourage business to do the same.”

How do we fit into the picture?

CorporateWise, together with its subsidiary, connexion.zone, subscribes to the same ethos as Mr Ramaphosa. Not only do we make use of local suppliers, but we also support entrepreneurs with our social media platform; connexion.zone, a place where SMME’s and entrepreneurs can connect, advertise and sell their business. And of course there’s the training we offer … but let’s look at where government is before we discuss that.

In his first-ever Budget Speech, Tito Mboweni announced that the government will be allocating funds to the Small Enterprise Development Agency. A sum total of R481.6 million will be allocated to the agency to expand the small business incubation programme, answering calls by South Africans to allocate more money to the development of SMME’s.

As Ramaphosa says, “It is our shared responsibility to grow this vital sector of the economy. We will work with our social partners to build a small business support ecosystem that assists, nourishes and promotes entrepreneurs.”

Where to from here?

While it would appear that government is putting its money where its mouth is, it’s up to educators to help drive this vision for the future.

It’s evident that the future of our country’s economy lies not only within the formal sector, but also within the SMME sector. The small business sector in our country is growing, and it is clear that it has the full support of government. It’s up to us, the people of South Africa, to focus on it and develop it by raising levels of competence amongst our citizens, enabling more people to become effective contributors to the economy.

Following the successful implementation of the National Certificate: New Venture Creation (NVC): Level 4, Services SETA, upon further research, realised that there was a necessity for this learnership at an NQF level 2. This training will teach people to set up and manage new ventures, which will, in return, contribute greatly to the economy.

At CorporateWise, we not only offer both of these learnerships, empowering local business owners to become experts in their field, but entrepreneurs and SMME’s can sign up to the fantastic connexion.zone, a platform where they can advertise, connect and help local business grow and thrive.

CorporateWise is accredited with Services SETA and is a BBB-EE Level 1 contributor.

For more information on both these courses, please email [email protected].