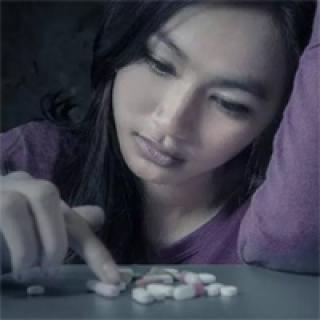 Social Development Minister Bathabile Dlamini says South Africa may want to consider a specialist course in addiction for social work graduates, in a bid to fight against alcohol and substance abuse.

Minister Dlamini made the remarks during a meeting with a delegation from the State of Maryland held early this week in Sandton, Johannesburg.

As part of the bi-lateral visit, Minister Dlamini met with representatives of the State of Maryland to discuss ways through which the social work profession can be improved.

The delegation is in the country for the first phase of the implementation of Memorandum of Understanding (MoU) between the department and the State of Maryland.

The MoU, which was signed in May last year, aims to strengthen relations between the department and the State of Maryland.

During a meeting, the delegation told Minister Dlamini that as a state, they had to make sure that social workers understood addiction by providing a specialist course to deal with the scourge of drugs in the State of Maryland.

“It is very important that social workers are equipped with training that speaks to the problems of the country, and this is why in Maryland we needed to make sure that there is a post-graduate course that focuses on addiction,” said Dr Jean Bailey who is leading the delegation.

Minister Dlamini shared with delegates her concerns about the levels of alcohol and substance abuse, and the high number of women arrested for trafficking drugs in foreign countries.

“When we visited jails in Brazil, we did not find just poor women but young people who were professionals, others were students, and for me that also revealed that if we do not deal quickly with the issues of alcohol and substance abuse, we are going to lose a lot of young people,” the Minister said.

She also revealed that she wanted the Western Cape and the Northern Cape provinces to receive a special and targeted focus when it comes to dealing with alcohol and substance.

“We must also understand the history of these two provinces when it comes to the issues of alcohol. There was a deliberate attempt by the apartheid government to keep these communities dependent on alcohol through the drop system, and we are still paying heavily for that injustice,” she said.

The discussion also looked at, amongst others the development of a Post-Graduate Social Work Qualification, student exchange programme between South Africa and the State of Maryland, as well as innovations within the social work profession.

Best practices in the delivery of social services were also shared by both countries.