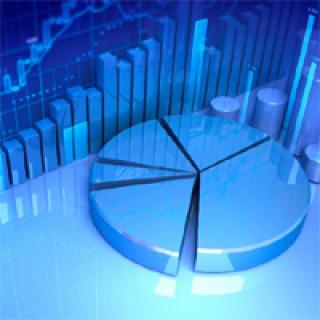 South Africa will reach the fiscal cliff by 2042 if it does not change its ways and back up the budget speech with concrete actions, says Professor Jannie Rossouw, the Head of School of Economics and Business Sciences at Wits Business School.

Speaking at a budget breakfast hosted by the South African Institute of Professional Accountants (SAIPA) in Sandton, Rossouw warned that if the actions of the government in managing the fiscus are not prudent, taxpayers were going to stop paying taxes.

“If we use the analogy of fishing, the taxpayers are the ones fishing, the government takes the fish and eventually people will stop fishing because they don’t see their fish being put to good use,” he says.

According to Faith Ngwenya, Technical and Standards Executive at SAIPA, the main takeaway from the budget speech is that the country is in trouble and needs to take proactive steps to recover. “People who are taxed too much, either directly or indirectly, will stop being productive or find ways to reduce their tax bill, often illegally,” she says. “At that point, national revenues drop with any further tax increases. We are now at that point. So the government’s future income will have to be derived from reducing its own costs, which starts with fulfilling its promise to turn around SOEs and reduce its enormous wage bill.”

Below are the top budget speech takeaways discussed at SAIPA’s event:

GDP was forecast at 1.5% against an IMF global projection of 3.5%, with improved growth predicted over the next 3 years. “The Treasury has been overly optimistic in its GDP forecasts for many, many years,” says Professor Rossouw. “They overestimate their revenue, then spend according to this estimated revenue. Then they don’t make the revenue because GDP growth is lower, and they end up in a fiscal hole.” Rossouw recommends that Treasury use more conservative forecasts to regain the public’s confidence.

The government promised to reduce its wage bill by R23 billion over the medium term and offer voluntary retirement to older public servants. This is a good start but needs to be followed by reviewing the public sector workforce and reducing it dramatically.

To attract needed skills to South Africa from foreign countries, the government will review its business visa and child immigration requirements as well as pilot an e-visa system. This is great news as it will help South Africa more readily attract the talent needed to bolster the economy.

Revision of support for SOEs

SOEs will need to meet certain business transformation requirements to receive future support from the government and Eskom will be broken into three independent divisions. While this is a positive step forward, any support is still like throwing money down the drain. A more concrete plan of action is needed and the process should be communicated transparently to the public.

Professor Rossouw also noted that the annual budget deficit would be around 4.3% over the next three years, up from 3.5% just last year. “This is too high,” he says. “Our growth ceiling is only 2.5% per annum.”