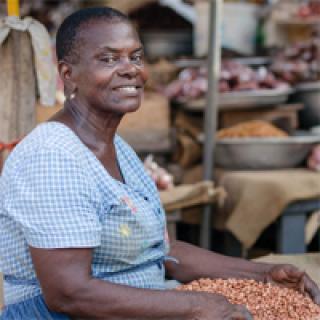 South Africa has a jobs crisis. In the fourth quarter of 2018, 6.14 million people were out of work, an unemployment rate of 27.1%, which is one of the highest rates in the world, along with sub-Saharan African countries like Lesotho, Mozambique and Namibia.

South Africa’s labour market has another important distinction. Only about three million people who are working – about 18% of all employed (16.53 million) – are in the informal sector. That’s much lower than other developing countries. For example in India and Ethiopia, up to 50% of those with jobs are employed in the informal sector. The figure is as high as 90% in Ghana and Mali.

There are two schools of thought around the role and value of a country’s informal sector. Some argue that it’s an important alternative to the limited opportunities available in the formal sector; a survivalist strategy that allows those without much formal education to work and earn money. In addition, others argue, the informal sector is also an important space for entrepreneurs.

But there are some who disagree, arguing that employment in the informal sector tends to be poorly paid and precarious. A mere 20% of informal sector employees are hired permanently, compared to 70% of those in the formal sector.

Little is known about how many people transition between the two sectors, a phenomenon called “churning”. Addressing this knowledge gap is important for a number of reasons. These include the fact that informal workers may be spending some time in the formal sector, getting valuable skills and work experience to boost their chances at formal employment, with the hope that they eventually settle permanently in the formal sector, which would be good news.