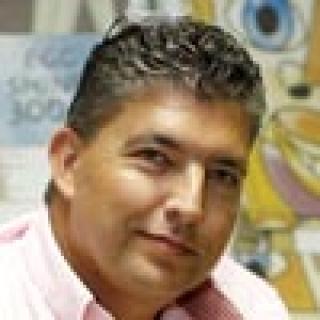 Rwanda has turned around its brand from the horror of genocide to one of hope. It is fast becoming a model for Africa in a number of growth areas, one of which is the ease of doing business in that country.

In fact, the World Bank Doing Business Report for 2009 named Rwanda as the greatest reforming nation of the year. One reason for the business investment now flowing into Rwanda is that its government has slashed the red tape that was restricting business growth. But there is another less obvious lesson that we can learn from Rwanda and apply to enterprise development in South Africa. Rwanda has shown us that there are two fundamental human tendencies which should underpin government policy.

The first is that dependency tends to stifle initiative. Indeed, people are most likely to improve their lives if they are personally responsible for doing so. Thus, when communities become accountable for the quality of their own lives, the level of initiative and productivity grows exponentially. With this goal in mind, Rwanda's President Kagame has spearheaded a vision of working for your country and improving your life under the banner of Umuganda, "we work together" (Washington Post, 26/02/2010).

Taking responsibility together is also a factor in business survival. Companies that employ several people generally demonstrate the ability to self-organise. The 2006 FinScope Study on Small Business in Gauteng found that the most sustainable level of small businesses employs an average of 8.9 people per company. Such companies are more likely to be resourceful and successful without needing assistance from government. They are more likely to be registered and to have employee contracts and benefits in place. Generally it is here that you will begin to see a strong focus on growth and profitability in the best interests of the group as a whole.

Unfortunately this is a lesson that our own policy makers have yet to learn. We see this in any number of instances where programmes are developed at vast expense that our citizens neither need nor want. Outcomes Based Education is a case in point. Similarly, all too often the programmes that government has developed to support enterprise development fail to address the areas of greatest need.

Government is allocating huge budgets to stimulating enterprise development from the ground up in the form of advisory centres, business skills training and a host of start-up support initiatives with a primary focus on the youth and on necessity entrepreneurs - but these are mostly individuals who would far rather just have a regular job. While these efforts may be sustaining survivalist enterprises, this is not the level at which jobs are created effectively. At the same time there is also laudable state support for the corporate sector. But this two-pronged emphasis needs to shift.

In short we need a three-pronged strategy, with the highest concentration of resources focused on the high potential area of the established SME sector. Given the constraints of available resources, it would be more productive to support the small companies that have been around for 1-3 years and already have proven entrepreneurial capacity. These are the companies that need all the help they can get to increase their profitability and employ more staff. For instance, they should be receiving strategic support to expand their production, become more competitive and upgrade their skills capacity.

Government's primary role in enterprise development should be to help small established enterprises reach a critical mass in terms of size and capacity, to take them to a level where they are able to self-organise and where high touch government intervention is no longer needed. When our established small businesses start to grow, then we'll see real job creation.

Rwanda is becoming a place of recovery, purpose and growth. With the right policies, we could do the same in South Africa.

To find out more about Raizcorp's entrepreneur support programmes, telephone 011 566 2000 or visit Raizcorp.