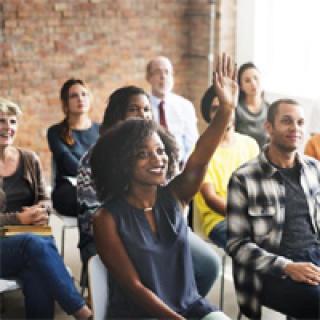 A few years ago, I wrote an article for a national aviation safety magazine in which I analysed the behaviour of a pilot whose reckless actions caused the deaths of many passengers in the USA. On investigation it was discovered that he had a record of reckless behaviour, behaviour which had never been dealt with appropriately. Fortunately not all performance deviations have similar disastrous consequences which does not mean they have no consequences at all. But let us start at the beginning.

In my very first studies related to training management (a long time ago), I came across the work of two gentlemen, who made it their business to help organisations solve human performance problems. They documented their extensive experiences in a very user-friendly book which also contained a step-by-step guide for investigating human performance deviations or gaps. What they discovered and what many of us know but ignore, is that training or the lack of it, is frequently not the cause of humans in the workplace not doing what they are meant to be doing. Have you ever reflected on the idea said by many, that drivers in South Africa must be re-trained in order to drive safer – did you ask yourself whether that would work? If you did – you are asking the right question and you should read on!

Performance problems or deviations can include incomplete tasks, tasks that do not conform to quality requirements or even employees who are consistently late for meetings. They key concept is- employees performing contrary to required. The authors of the book, preferred to call them performance “discrepancies”. Another favourite is to simply blame all the problems on “bad attitude” instead of looking for potential causes of bad attitude. Blaming bad attitudes is also not helpful because how do we respond to something whose causes are unclear?

Now that you know what I am talking about, let me ask you how much money you are losing by ignoring such problems or by not permanently solving these problems. Consistently re-training people who have already been trained over and over is silly and obviously costly, unless the training itself is not effective in which case we should start at the basics and re-design the training. I think it is Einstein who said that people who do the same thing over and over again, but expect different results, are insane! I have recently come across a report in which an inspector of the DMR, (Department of Mineral Resources) has encouraged a more comprehensive approach to the investigation of safety related deviations. In fact it was encouraged that “system failures” be investigated. Some people would call this “root” causes or “behaviour” aspects. No matter- it is very clear that we need to move beyond blaming training and blaming attitudes for all performance deviations.

So you may be thinking- what is beyond training and beyond attitudes. Well a simple aspect like the lack of a job aid or a job aid that is not user-friendly can be the cause of the problem. On a deeper level, an investigation into performance deviations would include an analysis of the perceived consequences of work; consequences which are not necessarily explicitly defined or understood.

An effective performance deviation investigation will shed light and cause you to reflect on many aspects that you have being taking for granted. Example: How you are training your employees and even more importantly how you are assessing them? Also- whether you are in touch with your team - their response to certain tasks and their suggestions for how work can be more effective and efficient.

If you want to know more, please don’t be shy to contact us. Please join us for more interesting articles and discussions on our blog http://supatrain.wordpress.com/ or contact me if this topic interests you at [email protected]