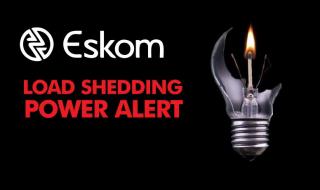 Just when we thought load shedding was a thing of the past and we could enjoy our days with uninterrupted access to electricity, Eskom announces that - due to severe generation supply constraints - load shedding will again become apart of our daily schedule, at least until the units are stable again.

Instead of leaving us in the dark with unexpected power outages, Eskom said in a statement that “Due to the continuing severe generation supply constraints caused by multiple-unit breakdowns as well as the additional demand caused by the cold weather, Stage 4 will resume from 08:00 until 22:00.”

While we previously alternated between stage 2 and stage 3, the power utility announced that stage 4 power outages started at 8 am on Thursday and is expected to continue until 10 pm tonight.

Eskom said that this will be the norm throughout the week as its teams work around the clock to repair as many of its generation units to service as possible.

“Eskom will continue to communicate the stage of load shedding should there be any further developments. This load shedding is necessary in order to conserve and replenish emergency reserves while also maintaining the stability of the power system,” it said.