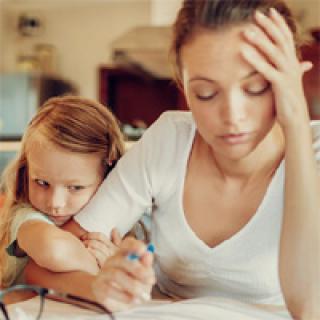 Research shows that having women in leadership roles helps companies perform better financially, and companies in Africa have certainly adopted this approach, seating more women on their boards and executive committees than the global average. But makes it to the very top. Experts say starting a family is a big reason why this is happening.

“It’s a big issue in the finance industry globally,” says Justin Kyriakou, International Development Manager for the Association of Accounting Technicians (AAT), an organisation that offers qualifications in practical skills development in accounting and has been operating in Botswana for the past 30 years with over 130,000 members and students worldwide. Approximately two thirds of AAT members and students are female.

“There’s a big gender pay gap in the sector because many highly-skilled women often put their careers on hold at middle management level to start a family, and then instead of progressing into senior management roles, either don’t return to work or stagnate in their current role.”

In Botswana, according to the World Economic Forum’s Gender Gap report published in 2018, the average age of women at the birth of their first child is 30-years-old, and an average of 84 days maternity leave is taken. This can have a negative effect on their career.

Leaving to start a family and then staying away from the workplace for long stretches of time makes it very difficult to return. But it has less to do with a person’s actual skills than it does with perceptions that permeate the business environment.

In research published in the Journal of Applied Psychology back in 2008 titled Motherhood: A potential source of bias in employment decisions, negative expectations in terms of their commitment and dependability was found to be a major driver behind the bias against mothers in the workplace. The findings suggested that motherhood does hinder career advancement and that gender stereotypes are the source of motherhood’s negative consequences on career growth.

Kenyan journalist, Kwamboka Ovaro, in an article about gender representation in leadership roles across the continent wrote: “The belief among many Africans that a woman’s career should complement - not interfere with - her family responsibilities is a traditional notion of a woman’s role that fails to acknowledge the benefits of gender diversity to society.”