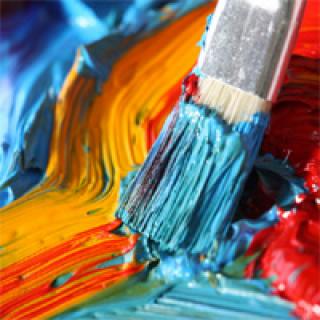 In 1959, the British physicist and novelist C.P. Snow delivered a famously controversial lecture at Cambridge University. He described a post-war schism between two groups — scientists and the literary world.

Snow identified this as a newly emergent divide, across which each party was more than happy to sneer at the other: Scientists proudly unable to quote a phrase of Shakespeare, and literary types untroubled by the second law of thermodynamics.

Those divisions within the university seem now more deeply entrenched than ever before. And those working within the arts and the sciences face a third antagonist in society: Populism, with its attendant and increasing distrust of intellectuals.

This powder keg occurs in a context of growing economic disparity and, incongruously, the increasing role of technological innovations in our daily life.

I’m a computer scientist who studies digital culture. I try my best to bridge the divides, but constantly ask the question: How can universities train our scientists, technologists and engineers to engage with society, as Snow suggested, rather than perform as cogs in the engine of economic development?

I was recently part of a conversation at the Fields Institute at the University of Toronto which asked another question: “What does the A stand for in STEAM?”

STEAM inserts arts into the acronym for STEM (science, technology, engineering and math). I chose to frame the arts more widely to include the humanities, and asked the attendees: How do we identify the challenges we wish to work on?

In the 1960s, Alan Ginsberg bemoaned what he saw as the dominant culture oppressing artistic creativity. Written today, his poem Howl might cry something like this:

“I saw the best minds of my generation spend their lives optimizing microseconds out of their high-frequency trading algorithms, or devising routing-algorithms for drone-delivered burritos.”

Are these the biggest problems for our society?

Graduates of science and engineering programs understandably chase positions in start-ups or high-salaried finance jobs. Their knowledge of algorithmic development, data analysis or simply structured scientific thinking may net them fantastic jobs at a variety of private-sector employers.

But the problems they engage with, while impacting a large number of citizens, may not improve the lot of those citizens.

Our graduates’ entire careers might develop advertising software that reaches millions, without engaging the larger questions of our lifetime for those millions.

There are major issues of debate in our scientific and technological community, with serious questions about bias, power and control.

Let’s take a few examples from the headlines of this year: