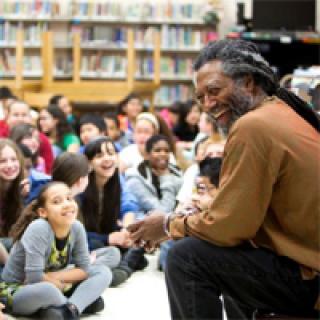 “Dialogue should simply be a sound among other sounds, just something that comes out of the mouths of people whose eyes tell the story in visual terms.” These were the words of Alfred Hitchcock, an English film director and producer who became renowned as England's best director. Sir Hitchcock knew how to tell stories. That is why some of us will still remember some of his films, such as “Strangers on a train” or “Psycho”. How is it possible to remember films we have watched years and years ago?

Because people remember stories better than facts. Stories talk to the heart while facts talk to the mind. People rather remember how they felt than what they knew.

A couple of benefits from adding story-telling to a classroom situation could include the following:

Increased memory retention. Research from Landor Associates indicated that learning will be retained much longer if it was transferred by means of story-telling, rather than lecturing. The reason for that is that story-telling engages the senses of people. Story telling almost creates a movie in the minds of listeners.

Stories become a travel companion. People like to share stories; not facts. This means that learning will be transferred indirectly to people who have not attended a learning program. The Learning Pyramid, researched and created by the National training Laboratories in Betel, Maine, has concluded that almost 90% of learning will be retained if one start to teach others. Sharing a story over again, is the starting point of teaching others.

Stories inspire us to take action. The purpose of educators is to change the behaviour of people, to grow them and to move them out of their comfort zones. Story-telling is the fuel that ignites the fire within people to commit to action.

The art of story-telling is becoming a scarce skill amongst society who has access to all thinkable information on the internet. Educators should make it their focus to bring back the magic that story-telling can create in the hearts of their learners.

Some practical tips to use when implementing story-telling as a learning methodology in class may include:

After all, educators are actually in the selling business. Concepts are better sold when powerful and memorable stories are shared.