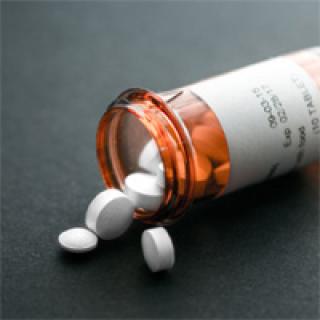 Suicide is preventable, but gaps in South Africa’s public and private healthcare system need to be closed if the country is to reduce the risk of self-harm which kills an estimated 18 people every day.

Death by suicide has lasting impacts on families, workplaces and communities, and the South African Society of Psychiatrists (SASOP) is urging healthcare providers to better manage follow-up care for those at risk of suicide, rather than focusing only on one-off interventions at a crisis point.

South Africa’s estimated suicide rate of 13.4 people per 100 000 is approximately four times the global rate of 3.6 per 100 000, but “if strategies are in place to identify and manage the risk in the early stages”, most of these deaths could be averted, says Dr Kobus Roux, a psychiatrist and SASOP member

Suicide prevention is the focus of this year’s World Mental Health Day on 10 October, with the World Health Organisation estimating that one person in the world dies by suicide every 40 seconds, a tragic statistic that has led to their campaign for “40 seconds of action” to prevent suicide.

In South Africa, Dr Roux said, the private and public healthcare sectors “grossly fail” their users by not providing for follow-ups and ongoing treatment for high-risk patients who have attempted or threatened suicide, although this phase of treatment is considered critical in most healthcare systems for reducing suicide rates.

“Ongoing therapeutic contact with high risk patients is a very important strategy in suicide prevention. It needs to be implemented into the South African healthcare system and the proposals for National Health Insurance,” Dr Roux said.

He highlighted Denmark and South Australia as regions that had achieved significant reductions in suicide rates by implementing strategies that included continuing outpatient treatment after episodes of suicidal behaviour.

“People who have had a previous episode of serious suicidal ideation or behaviour are at greater risk of the events recurring, and they need follow-up and management for an extended period after the threat of suicide has been averted, but it is exactly that part which is neglected in South Africa,” Dr Roux said.

Even more concerning, he said, was that the proposed National Health Insurance (NHI) doesn’t make provision for outpatient psychiatric care – psychiatric services are included only for inpatient care for chronic and severe mental disorders like mania or psychotic disorders.

He said that the first phase of suicide prevention and treatment was “defusing and preventing acute suicidal behaviour” and that this was managed effectively by the healthcare system and volunteer organisations like the SA Depression & Anxiety Group (SADAG) and LifeLine.

“The second phase, of follow-up on people with suicidal behaviour and depression – which is the leading cause of suicide – is where our system fails.

“Depression and suicidality are not included on the chronic disease list in private healthcare, and only acute treatment at the point of crisis, in averting a suicide, is covered by medical aids. Ongoing outpatient treatment is not supported by most medical aids.

“In the public sector, once the suicidal crisis is averted, there is nowhere to refer a patient for follow-up care. Public sector psychiatric services have capacity to treat only those patients with chronic serious mental disorders, such as psychotic disorders, or after acute suicide attempts,” Dr Roux said.

The third phase of managing suicide risks is for healthcare providers to be more vigilant in looking for signs of depression in patients with other long-standing chronic illnesses, both physical and mental, as there is a widely confirmed link between chronic illness and depression, and these patients are at higher risk of suicidal thoughts and behaviour.

“SASOP urges healthcare administrators and providers to exert an effort to manage suicide risk and promote suicide prevention in their patients in all three of these distinct phases of risk, and particularly in urgently finding ways to provide ongoing care after a suicidal episode to prevent re-occurrence,” Dr Roux said.

The SA Depression & Anxiety Group (SADAG) operates the country’s only dedicated suicide helpline, open 24 hours every day of the year – call them on 0800 567 567 if you or someone you know needs help.