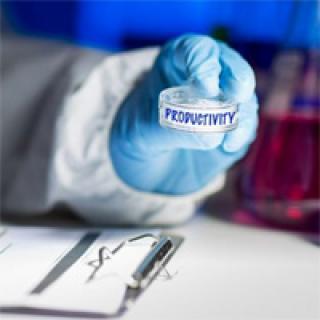 About 200 delegates, including academics, business and labour reps, are meeting in Tshwane this morning, to finalise the inputs to the new draft White Paper on Science, Technology and Innovation (STI).

Hosted by Science and Technology Minister Mmamoloko Kubayi-Ngubane, the 2018 South African Science, Technology and Innovation Summit comes after Cabinet approved the publication of the draft White Paper for public comments in September.

The White Paper, which sets out the government's long-term policy approach to the sector, also readies the country for the Fourth Industrial Revolution.

South Africa adopted the first White Paper on Science and Technology in 1996 and despite good progress, the potential socio-economic benefits of STI are still not being taken full advantage of.

Furthermore, the world has changed significantly since the implementation of the 1996 document, and South Africa needed a revised document to prepare for the new technological age.

It aims to help South Africa benefit from global developments such as rapid technological advancement and geopolitical and demographic shifts brought by the Fourth Industrial Revolution.

It will ensure the growing role of STI in building a more prosperous and inclusive society, while accelerating inclusive economic growth and making the economy more inclusive.

STI is used to modernise existing industries such as agriculture and mining; develop emerging industries such as those linked to the Next Industrial Revolution; exploit new sources of economic growth such as green industries; improve the quality of life of South Africans, particularly in poor communities, through improved educational and health outcomes, and promote environmental custodianship to safeguard the future.

The overview of the White Paper focuses on five points, including raising the profile of STI in South Africa by instilling an innovation culture in South African society and integrating STI into cross-cutting government planning at the highest levels.

This is set to put the innovation agenda at the highest level of government and business so that all actors pursue the same objectives and pool resources where possible, said Kubayi-Ngubane.

The Presidency will chair a STI Plenary meeting involving business leaders, academic experts in the field of STI, government departments that have a focus on STI, and leaders from civil society.

The draft paper will focus on strengthening partnerships between business, government, academia and civil society, creating a more enabling environment for STI.

These partnerships will put a strong focus on including business in STI planning. This will be done at the level of the STI Plenary. Sectors such as mining and agricultural will also be brought into the fold by means of support measures for business, incentives for small and medium enterprises and the direct funding of research and development through Sector Innovation Funds.

Civil society will be empowered to distribute the benefits of technology to communities, as well as to help identify and support grassroots innovators.

The core emphasis of the paper focuses on innovation for social benefit and for fundamental economic transformation.

According to the draft paper, civil society will be involved in high-level government planning for STI programmes and will be supported by training, funding and networks to play a stronger role. There will also be support for grassroots and social innovation, when linked to provincial and local development strategies, with the hope that this will have significant transformative results.

Another focus of the paper is on expanding and transforming the human resource base of the national system of innovation. With this segment, the paper hopes to develop a policy nexus to achieve collaboration, increase funding and policy coherence to improve educational outcomes from early childhood and school level in order to increase the number of Grade 12 university exemption passes with science and mathematics.

In higher education, the target is to increase the number of PhDs produced and the representation of blacks and women will improve.

Internships and training opportunities abroad are to be expanded, while the untapped potential of historically disadvantaged universities and universities of technology will be maximised.

The draft paper also focuses on increasing investment, both public and private, in STI.

Currently, South Africa's gross expenditure on research and development as a percentage of GDP, which is currently about 0.76%, needs to be increased to 1.5% over the next decade.

The policy hopes to achieve this through improved incentives for business R&D, contributions to public STI by provincial governments and expanding measures to attract foreign funding for South African STI. A linked national STI agenda will be developed to direct the allocation of public funding to priority STI programmes.

Another key feature in the policy is the creation of an enabling environment for STI by getting government departments working in areas that affect STI to embrace a national innovation compact to ensure that there is policy coherence across the national innovation system.

The various incentives offered by government for STI will be aligned to ensure synergy and avoid duplication. Local innovation systems will be stimulated by, for example, walk-in innovation centres for communities and more incubators, while encouraging the involvement of local universities.