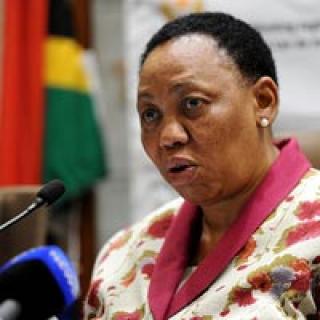 Basic Education Minister Angie Motshekga says while a lot of progress has been
made in improving the standard of education in the country, more needs to be done
to take education to the next level.

"We have made progress towards universal coverage of school going children.
We have made progress in the introduction of Early Childhood Development,' she
said.
Minister Motshekga was addressing teachers during the 8th National Congress of the
South African Democratic Teachers Union (SADTU) held in Boksburg, Gauteng.

She said SADTU was a beacon of hope and commended it for its "bravery,
tenacity and a firm resolve to put the interest of South Africa?s children first, for all
of the past 24 years'.

She said there has been progress towards eliminating mud schools and
inappropriate school structures, replacing them with state-of-the-art buildings,
especially in historically neglected areas.

"Our anti-poverty strategies include the expansion of school nutrition
programmes in both primary and secondary schools. We have recorded significant
milestones towards free education through fee-exemption programmes,' the Minister
said.

She commended the steady improvement in the Matric results.
"We yearn for quality education, for greater retention of learners within the system
for at least 12 years. We must understand that quality education is foundational to
any successful and modern economy,' she said.

She said the divided apartheid education system that discriminated against black
people have been replaced with one system for all, regardless of race, with
appropriate curricula and funding.

"Twice as many students attend university and graduate - three quarters are
now African. We have added a year of schooling to prepare children (Grade R).

"The matric pass rate is up from a meagre 57% in 1994 to an average of 75% in
2013. At the heart of our progress over the years have always been committed
teachers, the bulk of whom are SADTU Members,' the Minister added.

"Delays in cognitive and overall development before schooling can often have
long lasting and costly consequences for children, families and society. The most
effective and cost-efficient time to intervene is before birth and the early years of
life. Investment in Early Childhood Development should be a key priority,' she said
quoting from the NDP.

She also announced that Cabinet has approved the South African Integrated
Programme of Action, in which the Department of Social Development, Departments
of Health, Basic Education and other stakeholders has developed.

"This process is now at an advanced stage,' Minister Motshekga said.

"The Kha Ri Gude (KRG) Mass Literacy Campaign caters for adult literacy learners
and has been very successful and the country is well on the way to achieving global
literacy targets,' said Minister Motshekga.

She added that 800 ECD volunteers have been training on 0-4 year stimulation.
"Certificates have been issued to blind and deaf volunteers that received the
training, during the disability sector training session held from 4-6 July 2014.
Registration of the 619 000 learners are currently in progress,' Minister Motshekga
said.

"Classes for the disabled learners commenced on 1 August 2014. Classes for the
able-bodied group began on 1 September 2014,' Minister Motshekga said. -
SAnews.gov.za