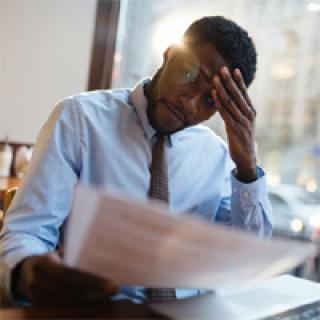 The Labour Court (LC), in Ockert Jansen v Legal Aid South Africa (2018) 39 ILJ 2024 (LC), recently considered whether the dismissal of an employee on the grounds of misconduct, where the employee suffered from a medical condition which had been made known to the employer, constituted an automatically unfair dismissal and unfair discrimination.

Ockert Jansen (Jansen), a paralegal for Legal Aid South Africa (Legal Aid), was revered as an excellent worker. Jansen was appointed as a brand ambassador for Legal Aid and vice-chairperson of the Small Claims Court Board.

During 2010, Jansen suffered several personal and financial dilemmas, which resulted in him being diagnosed with major depression. Jansen was accordingly referred to hospital, prescribed anti-depressants and referred to various psychologists. Additionally, a report was issued by one of Jansen's psychologists that indicated that Jansen should be provided with long leave as a result of symptoms of burnout and depression. Amid this, Legal Aid was made aware of Jansen's medical condition.

Jansen approached Legal Aid's administration manager and requested to be placed on their wellness programme. However, Jansen's depressive state progressively worsened. When Jansen's wife filed for divorce and was, to Jansen's shock, represented by his manager (despite such being contrary to Legal Aid's policy), this further exacerbated the situation.

Thereafter, Jansen penned a letter to the Chief Executive Officer of Legal Aid informing her about the differential treatment he was receiving from management and his resultant depression. However, there was no response. Jansen was furthermore not provided with a performance bonus nor a notch increase, as he had been issued with a final written warning, which had been issued in the previous year.

This aggravated Jansen's mental condition and he absented himself from work for 17 days. Upon his return, he was informed that his absenteeism would be treated as unpaid leave and was subsequently issued with the notice to attend a disciplinary hearing. There were four allegations, including being off work without permission and gross insolence.

Jansen reportedly then went into a “manic depressive state” and lost control over himself, acting erratically and out of character, which could have been interpreted as gross insolence and insubordination by his employers.

Jansen had seen psychologists who issued reports about his depressive state. These were submitted at the disciplinary hearing. However, they were rejected as being inadmissible.

At the hearing, it was held that Jansen did not provide any evidence corroborating his version that he had suffered from reactive depression and that at that stage, he was in any case involved in a disciplinary enquiry for misconduct and not incapacity. The chairperson of the disciplinary enquiry refused to consider medical records outlining Jansen’s condition. Accordingly, evidence of Jansen's medical condition was completely ignored.

Jansen took his case to the Labour Court, claiming his dismissal was automatically unfair because his misconduct had been caused by depression, which his employer knew had been medically diagnosed. He also contended that his dismissal was an act of unfair discrimination, according to the Employment Equity Act, 1998.

On all accounts, Legal Aid was fully aware of the mental condition Jansen was suffering from and that he had been undergoing medical treatment for this condition. The court noted that, as Legal Aid was aware of this, they were aware that the person was one with a disability and Legal Aid therefore had a positive duty to reasonably accommodate him. The court held that in these circumstances, instead of Legal Aid dismissing Jansen on the grounds of misconduct, they had a duty to institute an incapacity enquiry.

The court noted that the applicant's condition could be very destructive if left unchecked and untreated. The court stated that Legal Aid's decision, in ignoring Jansen's condition and then deciding to dismiss him, had the potential to impair his human dignity, when viewed objectively. Further, this fell within the grounds of an automatically unfair dismissal on the basis of unfair discrimination based on the ground of disability.

The court noted further that Legal Aid would have not dismissed Jansen had he not suffered from this condition and his conduct, which was the basis for his dismissal, was inextricably linked to his mental condition. Accordingly, Jansen was unfairly discriminated against. The court accordingly ordered that Jansen be reinstated with full retrospective effect and that Legal Aid be ordered to pay Jansen a total of six months compensation.

Employers should take care to ensure that when they are dealing with an employee's diagnosed medical condition, they do so in the correct manner. Where it renders the employee unfit for duty in any manner, they should follow fair procedure in terms of treating the employee’s behaviour as incapacity and not misconduct. Employers should remember that an employee who has been diagnosed with a mental condition should be managed with care and empathy and they should not ignore an employee’s medical diagnosis or requests for help.