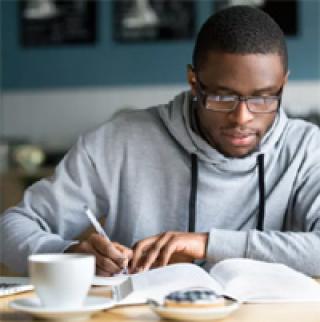 High graduation rates are essential for innovation in modern industrialised societies. This is particularly true for postgraduate degrees. That’s because people who hold postgraduate qualifications have acquired the skills and knowledge that underpin the modern knowledge economy. They also have the capacity to produce new knowledge.

One of the ways in which South Africa is trying to close its knowledge and skills gap is the use of open and distance learning. This refers to a mode of learning and teaching that limits problems of physical distance. It does so by accommodating students in remote locations who are unable or unwilling to physically attend classes at a campus.

Although it has increased graduation rates across the higher education spectrum, open and distance learning still poses challenges for postgraduate students.

Our research found that postgraduate students were mostly happy with the quality of academic and research support they received at UNISA. However, they wanted more regular feedback from their supervisors, and greater administrative support.

UNISA is the biggest open distance learning institution in Africa. Among the colleges (faculties) at UNISA is the College of Graduate Studies, which provides a central hub of support for Master’s and doctoral students at the university. One of its tasks is to nurture and support the research community.

It works with other colleges at the institution and also partners with other universities. Various policies are in place to ensure the quality of the supervision offered to postgraduate students.

Once a student is accepted, a supervisor who has shown demonstrable research achievement and output on the subject, is appointed. The institution also makes arrangements, where necessary, for a supervisory team to ensure that the student has a point of contact at all times during the period of study.