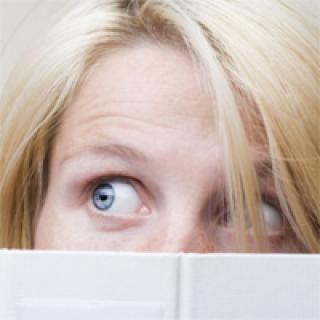 Psychopaths are not just found in serial killer movies and crime novels – they stalk corporate corridors too, where their trail of destruction might not include murder but can mean the death of productivity, motivation and profits.

The manipulation, deception, inflated self-opinion and back-stabbing of the corporate psychopath or narcissist can often cause work-related depression, anxiety disorders, burnout and physical illnesses: conditions which cost the South African economy more than R40-billion1 annually.

Corporate Mental Health Week this week (1 to 5 July 2019) turns the spotlight on work-related stress that accounts for more than 40% of all workplace-related illnesses in South Africa, with at least 1 in 4 employees diagnosed with depression2.

Dr Renata Schoeman, Psychiatrist and Associate Professor in Leadership at the University of Stellenbosch Business School (USB), says it is often the leaders - who should be at the forefront of reducing workplace conditions that lead to stress and burnout - who contribute to the problem, rather than the solution.

“We are not talking about the ‘difficult’ boss here, but the boss who is a bully – many of who could be defined as corporate psychopaths.

Workplace bullying is a major cause of work-related stress, Dr Schoeman said, pointing to a 2017 survey in the USA which found that adults were being bullied at levels similar to teenagers – 31% of adults had been bullied at work and almost half believed that bullying behaviour was becoming more acceptable in the workplace3.

“Bullying can make you ill,” she said. “In the same survey, 70% or more of bullying victims had experienced stress, anxiety or depression, 55% reported loss of confidence, 39% suffered from lack of sleep, 17% called in sick frequently, and 19% had suffered mental breakdown. Emotional stress can also cause or aggravate physical illnesses such as gastrointestinal problems (such as irritable bowel syndrome) and cardiovascular problems (such as hypertension), while victims of workplace bullying had double the risk of considering suicide in the five years following.”

Chief executives have the highest prevalence of psychopathic traits of all jobs – a rate second only to prison inmates – and while it is estimated that 1 in 100 of the general population have psychopathic traits, this rises to 1 in 25 in business leaders4.

In what she calls “the curse of confidence”, Dr Schoeman said that many of the traits characteristic of psychopaths – such as charm, fearless dominance, boldness and a “grandiose sense of self” – are also what help people get ahead in business.

She emphasised however, that “not everyone with loads of confidence and who is successful, even if they have a brash approach to people, has a personality disorder”.

Dr Schoeman says narcissists can be brilliant strategists, have the courage to take risks and push through massive change and transition, and use their charisma and compelling visions to inspire others – fitting into conventional ideas of leadership.

“These masters of self-image, who take credit but deflect blame, tend to gather a group of co-dependent people around them to support and reinforce their behaviour. They profess loyalty to the organisation but are really only committed to their own agenda, and people may experience them as distant and cold.

“Narcissists tend to be over-sensitive to criticism, over-competitive, and often engage in counter-productive work behaviour when their self-esteem is threatened. They expect great dedication and may overwork others without any regard for the impact on their lives,” she said.

She said narcissists favoured “indirect bullying tactics” such as withholding information, ignoring people or giving them the “silent treatment”, spreading rumours to discredit others, and inflating their contribution or taking credit for achievements they had little to do with.

Narcissists are also more likely to engage in sexual harassment, due to their inflated sense of importance and tendency to exploit others.