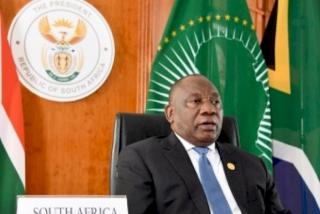 “The council will be chaired by the President and comprises the Deputy President, Minister in The Presidency and all the Ministers in the Economic Cluster.

“The council will meet monthly to oversee implementation of the Economic Reconstruction and Recovery Plan and also to interface with the social partners in the National Economic Development and Labour Council,” said Minister in the Presidency Jackson Mthembu during a post Cabinet briefing on Thursday.

President Cyril Ramaphosa earlier this week presented the Economic Reconstruction and Recovery Plan which calls for all sectors to work together to stabilise SA's bruised economy.

The plan expands on the common ground established by social partners such as government, labour, business and community organisations through in-depth consultations over the last few months.

These priority areas will work towards building confidence and placing South Africa on a new path for investment and economic growth.