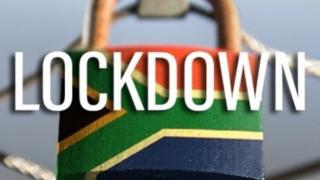 While the country will remain on lockdown level 3 amid a rapid rise in COVID-19 infections, President Cyril Ramaphosa has announced a tighter clampdown on Level 3 regulations to preserve lives and limit the rise in infections.

Addressing the country on Sunday night, the President said while the country will remain on lockdown level 3, certain regulations were being reintroduced with immediate effect while others were being tightened.

“We are now recording over 12 000 new cases every day. That is the equivalent of 500 new infections every hour,” he said.

Among these is a re-ban on the sale, dispensing and distribution of alcohol as well as the reintroduction of a curfew between 9 pm and 4 am. While inter-provincial taxi capacity will remain at 70%, local taxis will now be able to ferry 100% loads. However, operators will be expected to follow new risk mitigation protocols related to masks, vehicle sanitising and open windows.

Regulations on the wearing of masks, which has been mandatory, will be strengthened.

“As we head towards the peak of infections, it is vital that we do not burden our clinics and hospitals with alcohol-related injuries that could have been avoided. This is a fight to save every life, and we need to save every bed,” he said.

In this regard, the President said employers, shop owners and managers, public transport operators, and managers and owners of any other public building are now legally obliged to ensure that anyone entering their premises or vehicle must be wearing a mask.

“All workplaces and all institutions need to ensure that there is a designated Coronavirus official responsible for making sure that all regulations and all precautions are strictly adhered to,” he said.

He said Cabinet has resorted to this measure to conserve hospital capacity as evidence had illustrated that the resumption of alcohol sales has resulted in substantial pressure on the country’s hospitals.

“Most of these and other trauma injuries occur at night,” the President said.

Cabinet has resorted to these as both public and private hospitals were beginning to take the strain.

The President expressed concern at reports of infected people being turned away from health facilities due to a lack of beds or essential supplies.

“This is deeply worrying. It means we have to move with even greater urgency to strengthen our strategy to manage the peak of infections.”

At the same time, the President said the government has decided to ease restrictions on activities that pose a lower risk of infection and are important for economic or educational purposes.

“As part of resuming economic activity, all auctions will be permitted subject to protocols similar to those that currently apply to agricultural auctions.

“Parks will be open for exercise, but not for any form of gathering,” he said.

After careful consideration of expert advice, the President said there are still some activities that present too much of a risk to permit at this stage.

“For this reason, family visits and other social activities will unfortunately not be allowed for now.

“I know that this places a great burden on families and individuals and can cause great emotional strain, especially for those with elderly parents.

“It goes against our very nature as social beings, but it is a hardship that we must endure for that much longer to protect those we love and care for from this disease,” President Ramaphosa said.

In the coming weeks, he said, the government will be focusing on several priority actions.

“Across all provinces, we are working to further increase the number of the general ward and critical beds available for COVID-19 patients. This must be done,” the President said.

Already, ward capacity is being freed up in several hospitals by delaying non-urgent care, the conversion of some areas of hospitals into additional ward space and the erection or expansion of field hospitals.

“We are working to increase supplies of oxygen, ventilators and other equipment for those who will need critical care, including by diverting the supply of oxygen from other purposes.

“Due to the lack of critical care facilities in rural areas, measures are being put in place to refer patients to better-equipped urban centres,” he said.

To deal with shortages of health personnel, the government is employing more doctors and nurses and negotiating with health science faculties to deploy volunteers to provide medical, nursing, physiotherapy, pharmacy and general patient support.

According to current projections, each province will reach the peak of infections at different times between the end of July and late September.

Scientists and other scenario planners project that South Africa may have between 40 000 and 50 000 deaths before the end of this year.

Around 132 000 infections have already recovered in the country.

During his address, the President decried sections of society for disregarding the seriousness of the virus, with many embarking on drinking sprees and not observing social distancing and hygiene protocols.

Funerals, he said, were also proving to be a nightmare.

“There are some of our people who see no problem attending funerals where the number of people in attendance exceeds the number of 50 that has been set out in regulations.

“In some cases, some people go to funerals where more than 1 000 people are in attendance,” he said.

South Africans, he said, must prove these projections wrong.

“Through our own actions – as individuals, as families, as communities – we can and we must change the course of this pandemic in our country. We are by now all familiar with what we need to do to protect ourselves and others from infection,” said the President.

The country has to date conducted two million tests and 20 million screenings. In the past three months, 28 000 hospital beds for COVID-19 patients have been availed, while functional field hospitals across the country have also been constructed.

“We now have over 37 000 quarantine beds in private and public facilities across the country, ready to isolate those who cannot do so at home. We have secured 1 700 additional ventilators, and companies in South Africa are in the process of producing another 12 000 ventilation devices for delivery between the end of July and the end of August.”

While thousands of healthcare professionals had been recruited during the pandemic, the President said there was still a 12 000 health worker shortage, mostly nurses, doctors and physiotherapists.