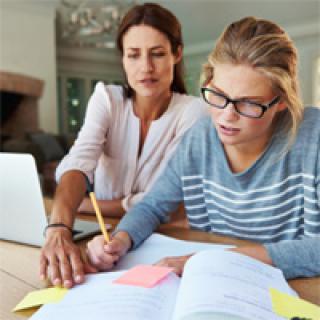 While the Matrics from the Class of 2019 hunker down in front of their books in preparation for their final school exams in a few weeks’ time, it is worth remembering that parents and guardians also have an important role to play in ensuring their children perform optimally when the time comes, an education expert says.

“There is so much focus on the learners themselves, and how they can prepare mentally, emotionally and academically, but as most of their parents can attest, this period is also a nail-biting one for them, to say the least,” says Dr Gillian Mooney, Dean: Academic Development and Support at The Independent Institute of Education, SA’s largest private higher education institution.

“Because while parents understand the importance of performing well and the consequences of not performing well or worse, failing, they can’t do much more than play a supporting role during this time,” she says.

However, parents and guardians should not underestimate the value of this support and the size of the contribution they can in fact make, she adds.

“By tackling this challenge together with your child, and by ensuring your actions and responses support rather than throw up further challenges, the next two months will be much easier to navigate and conquer,” says Mooney.

She says there are a few ways for parents to support learners in the lead-up to the finals:

Lack of sleep, anxiety, fear about the future and concerns about how well prepared a child is are all factors that impact on the emotional state of parents. It is therefore of crucial importance that parents also take good care of themselves during this time so that they can regulate their own emotions and not contribute to heightened tensions and anxiety in the house. While it is important to sort out issues, arguments should be avoided as far as possible.

“Guide your child and assist with practical advice. Encourage them to get enough sleep and exercise, and talk through frustrations when they arise. But aim to not let your own concerns create an additional emotional burden for the studying child,” says Mooney.

Related to the above, it should be noted that much of the anxiety around final exams arise as a result of the belief that it is an all-or-nothing, watershed assessment for young people. While it is certainly of great importance, the big picture is also worth keeping in mind, Mooney says.

“Too many parents don’t understand the options available to learners should things not go as well as expected, and many don’t even know that there are options at all. So for instance, if a learner does not achieve a Bachelor’s Pass, redoing Matric in the hopes of doing better isn’t the only option. They could, for instance, enrol for a Higher Certificate, which is a bridge towards pursuing degree study without having to repeat Matric.

“Or in the event that a learner performed less than satisfactory in a specific subject, rewriting that subject will be an option. Speaking to education professionals either at school or at a good institution of higher education about the myriad options out there will provide a sense of perspective in terms of outcomes, and will allow parents to calibrate their own emotions,” says Mooney.