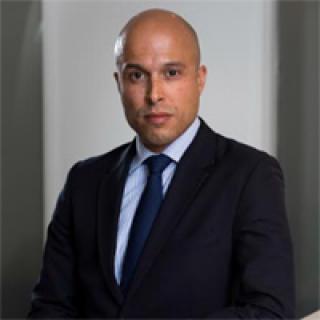 The on and off US-China trade wars could be bad news for the free movement of talent across the two regions and beyond according to Leon Ayo, CEO at executive search firm Odgers Berndtson Sub-Sahara Africa.

“Based on briefs and client feedback, emerging markets in particular find it difficult to attract global talent. Either these regions do not market themselves well externally or have restrictive policies that make it hard to attract a global workforce,” says Ayo.

“That is why it is important to consider what impact a trade war between the US and China is likely to have on talent. When countries take a protectionist stance, they can easily hurt the ability of firms to attract global talent. Company quotas for local talent, travel restrictions and negative sentiment created by political messaging about other markets may limit firms’ desire to take on expats,” he continues.

Ayo says that in this increasingly competitive global marketplace, firms need globally competitive people to stay ahead of economic uncertainty or to adapt their businesses to an ever-evolving environment.

“The world population is aging, creating talent gaps especially in developed markets, but also creating opportunities for a different type of leader – the millennial generation of leaders who view a world without boundaries and seek out a fulfilling career beyond the borders of their country. These people have the desire to work in new markets, live in new cultures and share their life experiences with others,” he says.

The 2018 Quality of Living Survey report by Mercer’s subsidiary Marsh & McLennan Companies ranked Mauritian city Port Louis the best African city for quality of living, followed by South African cities Durban, Cape Town and Johannesburg. Mauritius in particular is a country which has over the years has worked hard to diversify its economy and move away from being predominantly agricultural, towards having leading sectors in finance, tourism and textiles and in so doing become a desirable destination to attract talent.

In addition, just as countries need the right talent to support a diversifying economy, so to do firms require the same when their business needs to diversify. According to new research by Forrester and Odgers Berndtson, a company’s future revenue will depend on it harnessing technology – and having the talent to manage it.

Based on the research findings, emerging markets with companies which are still in the fledgling stages of digital investments are likely to struggle in attaining the right talent to execute on their digital strategies.

“This stark contrast highlights the enormous lead companies who are in the advance stages of their digital strategies have in the war for digital talent specifically,” says Ayo. “If emerging markets take the lead from China and the US in terms of protectionism, they too could be limiting their ability to attract the best talent.”

A way to develop and retain talent

Rotating talent among business units within multi-national companies internationally serves to build and develop diverse talent pools from within the organisation. These expats can in turn transfer skills to their local colleagues when they return.
Firms which demonstrate that they have considered the on-the-ground realities of working in a foreign country have a better chance at retaining talent. Overseas work travel should be considered as an important employee benefit.
Harness technology and global recruitment networks to reach competitive people across geographies.