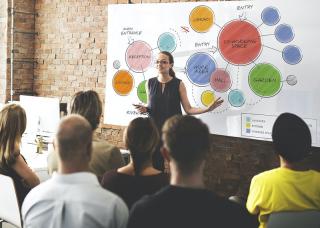 The COVID-19 pandemic has highlighted the need for economic policy reforms to address deep socio-economic inequalities in South Africa, including transparent pay reporting towards closing the persistent gender pay gap which sees South African women still earning up to 35% less than men for doing the same work.

If South Africa is to dislodge its stagnant gender pay gap, mandatory pay transparency – making gender differences in wages known to employees, government and the public – can be the means to compel employers to remunerate fairly and equally, according to a new study by the University of Stellenbosch Business School (USB).

“Despite South Africa’s significant strides in preventing workplace discrimination, the gender pay gap has remained stubbornly stagnant for over two decades, and is well above the global average pay gap of 20% reported by the ILO,” said the study’s lead author, Prof Anita Bosch, the USB Research Chair for Women at Work.

In the study published in the South African Journal of Science in March 2020, Bosch and USB Research Fellow Shimon Barit analysed global trends on enforcement of mandatory transparent pay reporting in order to give direction to strengthening South Africa’s mechanisms for achieving gender economic equality.

Their recommendations for greater transparency on pay include more detailed, gender pay-related information captured in existing reporting required from companies on employment and remuneration, mandatory pay audits and requiring pay information to be made available to unions and employees, as well as penalties for non-compliance.

While collective bargaining and the introduction of the national minimum wage have seen the gap narrowing for women in lower-earning jobs, Bosch said that for women in middle and upper pay levels the gap has actually widened and continues to do so.

The problem is greater in the private sector where pay is market-driven since public sector wages are largely standardised, she added.

“Enforcing South African legislation and governance codes on equal pay and transparent reporting could strengthen the existing collective bargaining framework and provide the impetus to demonstrate that South Africa sees gender equality as an achievable reality, not an improbable ideology,” Prof Bosch said.

“Since women support greater numbers of children and extended family members and are more likely to be employed in lower-paying occupations, their lack of pay equality has arguably a greater negative impact on the socio-economic wellbeing of families and communities.”

“This is all the more reason to amend and enforce policies on transparent pay reporting, with the end goal of closing the gender pay gap,” Prof Bosch said.

The research, sponsored by WDB Investment Holdings (WDBIH) – the women-owned and -operated group focused on advancing the meaningful participation of women in the economy – analysed the impact of practices in 16 countries where employers are legally obliged to provide transparent reporting on pay and gender, as well as South Africa’s existing equality legislation and the King IV Code on corporate governance.

“The first is to strengthen the pay reports already required from employers by the Employment Equity Act (EEA) by including data on the total remuneration, including performance incentives, paid to men and to women at each level. This would highlight gender wage gaps, enabling accurate comparison at national level and identification of patterns, so that policies can be formulated and targets set to close gaps in specific areas and levels of work,” Prof Bosch said.

She advised that the JSE should “expand its interpretation” of the King IV Code requirement that listed companies remunerate fairly, responsibly and transparently, by including mandatory gender pay reporting in annual reports as part of its listing requirements.

South African legislation doesn’t require employers to share pay reports with employees and trade unions or employee representatives, and Prof Bosch said this should be considered.

The introduction of a right to query another employee’s pay could be difficult to achieve given South Africa’s constitutional right to privacy and privacy laws, but Prof Bosch said this should be pursued, as it would be critical for employees in proving a claim under the equal pay for equal work clause of the EEA.

Mandatory pay audits at the designated employer level (more than 50 employees) would enable an analysis of pay differentials, identifying problem areas and developing measures to rectify gaps, she said.

Pay audits and equal gender pay should form part of collective bargaining, Prof Bosch said, recommending that “a soft law stipulating that these topics be discussed during collective bargaining be introduced into the King codes as a matter of good remuneration governance”.

“Diligent monitoring for non-compliance, along with enforcement of penalties, is essential for transparency mechanisms to be effective. It is recommended that a financial penalty be levied for unjustifiable and stagnant gender pay gaps among the employees of the same employer, one that is sufficient to act as a deterrent to non-compliance.”

The full article can be downloaded from the SAJS website: Gender pay transparency mechanisms: Future directions for South Africa

Tables showing comparisons between 16 countries can be downloaded from https://www.sajs.co.za/article/view/6772/9883

The gender pay gap guide for the already converted, a toolkit of rational arguments and suggested actions to use to help to close the gap - at an individual, organisational and national level can be downloaded from the USB website www.usb.ac.za. The link: https://bit.ly/2RkcQe5

WDB Investment Holdings (WDBIH) is women-founded, women-led Investment Company and has been operating successfully since 1996. The main purpose of the company is to be a game-changer in women advancement and empowerment in South Africa, impacting the African Continent. One of their key objectives is being a catalyst by influencing public opinions and legislation to create an environment that supports opportunities for women advancement.