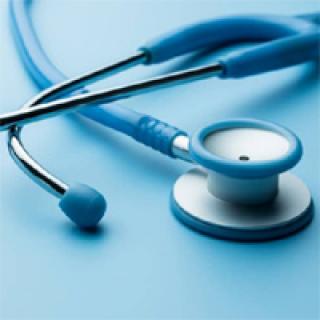 As we celebrate Mandela Day tomorrow, South Africans are reminded to always play their role in making society a better place for all. One individual who is playing their part, is Samy, a 30-year-old Cape Town Uber driver-partner, who recently came into the spotlight for starting a crowdfunding campaign for Dr Paulo de Valdoleiros who started the Walk-In Doctor in Bloemfontein.

Through the power of social media, Samy found out about a kind-hearted Dr Paulo that charges patients whatever they can afford for consultations. This inspired Samy to start a crowdfunding campaign with the hope to raise one million rand. The money raised will be invested into the daily running costs of the practice and will allow Dr Paulo to move into a bigger building, as well as purchase advanced medical equipment to enable him to run the practice efficiently and assist more people in the community.

After numerous attempts to source Dr Paulo’s contact number to kick start the campaign, Samy finally spoke to Dr Paulo who was overwhelmed by the gesture. The two instantly connected and through their conversation, Dr Paulo shared his journey to medicine and how he was only able to start studying medicine at the age of 40 due to some financial constraints. Samy says “I have a great deal of respect for Dr Paulo and wish the world had more people like him. He made me realise that sometimes the little we do to make someone else’s life better is all that is needed.”

Samy who partnered with Uber a year ago after years of managing a restaurant outlet, admits that running a business has many challenges and the daily running costs can add up quickly. As a small business owner, he understands that every cent counts. Samy who currently has one vehicle on the Uber app, hopes to have ten vehicles registered in the next five years alongside his soon to be wife.

Samy’s favourite quote is, “the hand that gives is the hand that receives” and hopes that the little good that he is doing will be reciprocated back into his own life. Samy continues to add, “there are so many generous people in this country, if we all pull together we can easily raise one million rand for Dr Paulo and ensure more people can be treated.”

Determined to lead by example, Samy made the first donation of R100 and hopes that others will be inspired to do the same. For Mandela Day this year, Samy shares that he will spend his 67 minutes encouraging everyone from near and far to donate whatever amount they can. To date, Samy has raised R 24 800 and hopes that this will motivate people to practise Ubuntu and unite as a nation to make a positive impact in the lives of others.