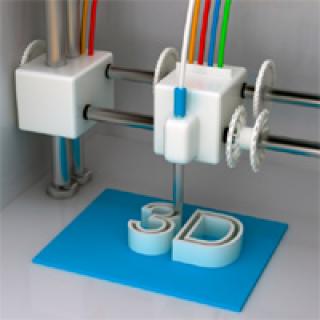 Marinov plans to put one 3D educational printer into every school in South Africa, which he believes will drive solution-based, collaborative and cross-disciplinary thinking among learners. The goal is to democratise quality education while also demystifying the technology.

“Subjects are being taught in complete isolation,” says Marinov. “I think this is absurd given that in reality, all these subjects interact in one way or another.”

Marinov proposes that subjects are integrated using a problem-solving approach. An example would be finding solutions to Cape Town’s water crisis. Learners would research climate change, the history of water in the city, and dam locations. Already, science, history and geography have combined.

The next stage would be to create a solution which involves design thinking and engineering. Finally, learners can 3D print their solution – and hold it in their hands.

“I think this will lead to a new generation of inspired engineers and scientists,” he says.

After joining the Klaus-Jürgen Bathe (KJB) Leadership Programme at UCT at the end of his first year, Marinov was selected to be one of the programme’s high-impact leaders for his ideas on improving education in South Africa.

As part of the programme, Marinov enrolled in a political philosophy course to hone his leadership skills. It also helped him deepen his understanding of the education crisis in South Africa.

With his passion, an improved understanding and his knowledge of building 3D printers, Marinov began developing his solution to the education crisis.

He designed a large-scale industrial 3D printer and began crowdfunding with the support of the KJB Leadership Programme which helped him raise nearly R70 000 in the first round of fundraising.

This funding will allow Marinov to build this larger 3D printer, which will eventually produce the smaller, entry-level printers destined for schools.

Next up will be testing the prototypes for the schools’ 3D printers and he intends meeting with UCT’s Research Contracts and Innovation as well as private investors.

Marinov has begun talks with his alma mater St Stithians Boys’ College and is setting up meetings with other schools. He hopes to start manufacturing the educational 3D printers by the end of the year.