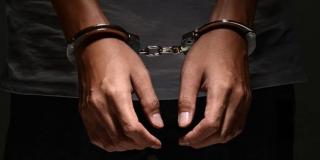 The Unemployment Insurance Fund (UIF) has guaranteed South Africans that new smarter technology has been put in place to prevent more fraudulent claims made to its Covid-19 Temporary Employment Relief Fund Scheme.

The fund resumed payments on Monday after suspending August payments due to defects being identified in the controls of the system.

At the time, the fund had already lost R1 billion to these irregular payments.

In a report released by Auditor-General Kimi Makwetu, it was found that there were cases of overpayments, underpayments, fraud and ‘double-dipping’ which, according to the Merriam Webster Dictionary,  is the “illicit practice of accepting income from two mutually exclusive sources (as from a government pension and a government salary or from two insurers for the same loss)”.

A high number of UIF payments were flagged as suspicious and required investigation.

This included payments to people who were below the age of employment (15 years), people who are deceased as well as existing social grant recipients.

The UIF’s Makhosonke Buthelezi said that they were “100% sure that this would not happen again”.

“With the data taken against Home Affairs, in real-time we will get the application and run it through checks with Home Affairs and they come back to us and we will be able to make a determination if there is nothing wrong with an application.”

The outcome of ongoing investigations will be released in the UIF’s next report.