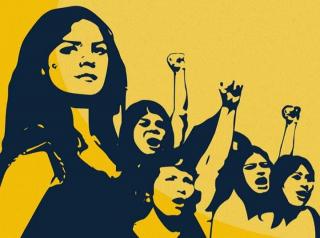 International Relations and Cooperation Deputy Minister Alvin Botes received the generous donation of R50 million, as part of ongoing efforts to empower women in SA, during a signing ceremony with the UK government on Monday.

“We are elated the Solidarity Fund recognises that the Covid-19 pandemic has bestowed an additional burden on the marginalised women of South Africa. When jobs get lost, normally women are the first to face unemployment. When households endure strain because of a contracting economy, women bear the brunt of societal frustration.

"It, therefore, holds true that to remedy a nation and to recover economic fortunes, we should invest in women.

“To the British people, we wish to say, ‘it is good to make new friends, but it is indeed better to keep old friends'," said Botes upon receiving the donation.

The Deputy Minister said Covid-19 has underlined the need for increased international cooperation and an “all-hands-on-deck” approach to solving the world’s biggest challenges.

“The Covid-19 pandemic has confirmed that the impact of transnational challenges may only be mitigated through multilateral responses, and through better interstate cooperation.

"South Africa and the United Kingdom maintain such strategic partnership within the framework of our bilateral relations, and we regard the UK as a reliable persona within the plethora of multilateral fora,” Botes said.

The African Union under the stewardship of President Cyril Ramaphosa plans to spend the next 10 years developing the role women play in the economy, so the donation comes at the right time.

“This trilateral relationship between the South African government, the British High Commission and the Solidarity Fund serves as an important instrument to respond to the economic alienation of South Africa’s women.

"Our trilateral relationship demonstrates a shared commitment to harness the repository of both State and non-State actors in fighting gender-based violence, which is a product of gender inequalities and patriarchy.

“Gender-based violence is the highest manifestation of sexist domination and it exists because patriarchy gave men an enormous symbolic and material power. This violence is a consequence of the construction of masculinity in patriarchal societies,” said the Deputy Minister.