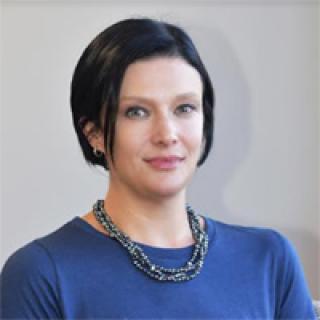 Why invest millions in a reporting system only to have reports created manually?

As a Project owner you put your head on a block when driving an initiative, owning the opportunities and risks related to the outcome, and taking overall accountability. But what happens if your project ran like a dream but somehow is still not delivering the promised business benefits?

Change is a constant in most organisations, driven by several different forces including customers, markets and technology. When implementing change, there are various layers of change implementation that need to be considered. The first step is identifying and gaining a clear understanding of the implications the change will have on the organisation as a whole, on each department and equally importantly, each individual and respective process. Change is a complex animal to manage with many aspects that need to be considered but one thing that is often overlooked is the human aspect of change.

To kick off the change process the Change Management team needs to fully understand what the company culture is, what approach has been taken to change in the past, what worked and what didn’t. It is also important to understand how much change the organisation has implemented recently and what other changes are being implemented simultaneously, as this would determine the change saturation in the organisation and point to possible resistance due to too much change running in parallel.

Change initiatives also need to be streamlined to prevent the communication of conflicting messages to the teams. This information must be gathered through various mediums including one on one interviews, forum discussions and questionnaires. The change team should ideally utilise more than one medium to ensure there aren’t any assumptions being made regarding the state of organisational readiness for change based on one stakeholders view. Basically, get a true reflection of the state of the organisation from all levels within the organisation and not just the “best” view from leadership. The analysis of the data gathered through these interactions will provide guidelines on how the change process should be adapted to each level depending on the impact and appetite for change at that specific level.

The Change management approach will identify and define the practical implications of the change in terms of process changes, changes in duties and activities or training requirements of departments and individuals and will also consider the emotional implications of the change on the leadership and employees. It is important to emphasise that the consideration of the impact of the change on leadership and their support thereof is often overlooked as it is assumed leadership will support changes approved and driven by their peers. This assumption however is often far from correct and it is just as, if not more important to ensure leadership understanding and support of the upcoming change. Change can create fear and uncertainty in the organisation, at a leadership or individual level, thereby reducing the effectiveness envisioned by the various change initiatives.

Though there can’t ever be enough emphasis placed on the emotional implications a change could have, so too the practical implications should not be underestimated. Based on the type of change being implemented these change activities could include: Process reengineering, training requirements, redefining of roles and responsibilities, recruitment of additional staff, roll out of communication campaigns and a plethora of other activities that needs to be managed and actioned at specific times to optimise their impact.