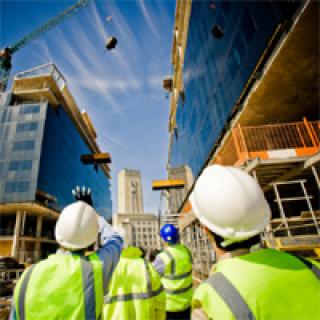 Over 200 unemployed youth in the Eastern Cape’s Alfred Nzo District Municipality have been armed with construction skills.

The group has built over 60 houses for destitute families in the poverty-stricken villages of Ntabankulu, which falls under Alfred Nzo. Eastern Cape MEC for Human Settlements, Helen Sauls-August, will on Friday hand over these homes as part of Mandela Month activities.

The unemployed youth were identified by the provincial department, working closely with Ntabankulu Local Municipality. They volunteered in a youth build training programme for a period of six weeks.

The Youth Brigade Programme, which was launched by the National Department of Human Settlements two years ago, aims to produce a group of young people, who have the skills to participate in the construction sector.

The provincial department has collaborated with the National Homebuilders Registration Council (NHRC) to give young people technical skills training.

“According to the labour force survey issued by Statistics SA, the province saw an increase of 3.8 percentage points in unemployment, an increase from 28.4% in the fourth quarter of last year (October – December) to 32.2% in the first quarter of this year (January – March).

“The programme is a departmental response to the call of upscaling government interventions for youth development. Youth participate in this programme either as professionals, labourers, entrepreneurs or beneficiaries,” Sicwetsha said.

He said that since the programme started, young people have gone on to receive further training at Technical Vocational Education and Training (TVET) colleges.

“The department is prioritising human settlements development in rural areas, with half of the total number of developments being in the rural areas,” said Sicwetsha.
The percentage of households living in traditional dwellings has also declined sharply from 18.3% in 1996 to 7% in 2016.

“The Eastern Cape province’s distribution of households, whose main dwelling is government subsidized housing, increased to 386 802 in 2016. Those living in informal dwellings have decreased slightly from 16.2% in 1996 to 13% in 2016,” Sicwetsha said. – SAnews.gov.za