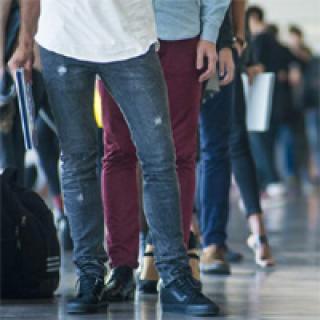 South Africa’s unemployment rate decreased by 0.4 of a percentage point to 27.1% for the fourth quarter of 2018, Statistics South Africa (Stats SA) announced on Tuesday.

Announcing the results of the Quarterly Labour Force Survey (QLFS) report at a media briefing in Tshwane, Statistician General Risenga Maluleke said this resulted in an increase of 79 000 (up by 0.3%) in the number of people in the labour force.

Employment increased in three of the four sectors in quarter four, with the formal sector recording the largest employment gains of 92 000, followed by private households with 65 000 and agriculture with 7 000.

Informal sector employment, on the other hand, declined by 15 000 jobs.

The industries that recorded declines in employment were community and social services, with 51 000 losses, transport with 30 000, utilities with 22 000 and construction with 21 000.

Employment gains were recorded in five of the nine provinces in the fourth quarter of 2018.

The Eastern Cape and North West recorded the largest employment losses with 15 000 and 6 000 respectively.

The NEET rate was higher for females compared to that of their male counterparts in both time periods.

The report compiled by Statistics South Africa is a household based sample survey that collects data on the labour market activities of individuals aged 15 to 64 years old. - SAnews.gov.za