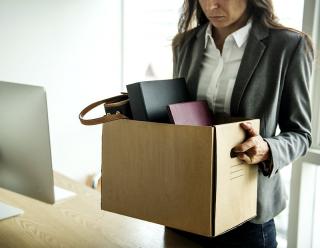 Stats SA has released new data showing the reality of the impact of Covid-19 on South Africa's work force. Many people have been badly affected since the beginning of the lockdown.

The unemployment rate has increased to 30.8% in the third quarter of 2020. This is an increase of 7.5% from the second quarter.

The expanded definition of unemployment according to StatsSA now includes people who have been discouraged from looking for jobs as well as those who have other reasons for not looking for employment.

The number of people discouraged from looking for work increased to 225 000, a difference of 9.1% from the second quarter.

All industries saw an increase in employment except for the utilities and transport industries.

The industries which gained the most jobs are the finance, social services and private households industries.

The trade industry suffered 400 000 job losses along with the manufacturing and construction industries losing a combined total of 559 000 jobs.

“To capture changes brought about by the national lockdown, the additional questions that were included in Q2: 2020 questionnaire were also included in Q3: 2020. The results indicate that, of the 14.7 million persons who were employed in Q3: 2020, more than seven out of ten people (73.2%) were expected to work during the national lockdown by the companies/organisations they work for,” said StatsSA in the report.

Most industries were dominated by men, except the social services and private households sectors which largely consisted of women.

StatsSA found that majority of those who were employed during the lockdown continued to receive salaries.