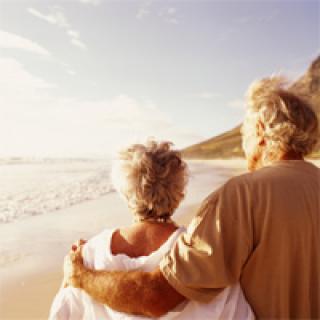 For years, employers and employees alike have understood that an employer cannot make unilateral changes to contracts of employment. Such amendments generally require consent from the affected employees or their union representatives (through a collective bargaining process). Recently, the judgment of Association of Mineworkers and Construction Union (AMCU) v Anglo Platinum Ltd and Others Ltd (J1833/18) [2018] ZALCJHB 238 (2 July 2018) revealed that employers can make such changes, albeit, in limited circumstances.

Further, the employment manual states that all employees will become members of the pension/provident fund as determined by the company.

AMCU argued that their members had elected to join the union's pension fund, IGULA, and that they had the right to do so. They contended that by allowing the employer to elect a new retirement fund (one that was not theirs), the employer was acting in bad faith and was making a unilateral change to the terms of employment, which constituted a breach of the contracts of employment for all union member employees.

The employer disagreed and countered that it had the right to elect the pension/provident fund of its choice.

The parties agreed to waive the internal dispute resolution clause of the collective agreement and refer the dispute in terms of section 24 of the Labour Relations Act, 1995 (LRA).

The core issue in this case was whether the employer had the power to unilaterally appoint a new retirement fund provider. In reaching its decision, the Labour Court considered four sub-issues: the contractual issue, the section 24 dispute, the duty to bargain in good faith and disclosure.

The Court was required to determine whether the employer had breached the terms of the employees' contracts by requiring them to change their retirement fund provider without their consent.

A unilateral change to an employment contract usually amounts to a breach of contract and provides the aggrieved party with remedies such as specific performance or cancellation and damages. As such, employers are required to obtain consent from their employees before effecting any changes to their contracts of employment.

The Court considered the wording of the various contracts, which all favoured the view that the employer had the right to determine to which retirement fund its employees would subscribe. The words "nominate" and "determine" and the phrase "established by the company", as found in the employment contracts and employee manual, all reflect that the employer has the prerogative to determine its employees' retirement fund provider. Therefore, any choice made to alter the retirement fund provider does not amount to a breach of contract.

· Duty to Bargain in Good Faith

The union requested a copy of a report produced by PWC and RisCura. The content of the report was used to help the employer determine which retirement fund provider to elect. Due to the fact that the trade union was a sponsor of IGULA and its officials sit as trustees of the fund, the trade union was conflicted. PWC and RisCura refused to provide the report on the basis that i) it was irrelevant to the issue at hand and ii) it would give the trade union a competitive advantage over other provident funds. The Court agreed that a report on the merits of competing retirement fund proposals was irrelevant and dismissed the application.

Ultimately after considering all the issues raised, the Court found that the union had failed to establish that, by appointing a new retirement fund, the employer had i) breached the contracts of employment or ii) breached the wage agreement. The application was dismissed.

When drafting employment contracts and retirement policies, employers are advised to clearly stipulate whether the employer may unilaterally elect to change the retirement fund. Failure to include such wording will inevitably open a Pandora's Box regarding employee and union considerations for retirement fund selection. To avoid the headache, and lengthy negotiation that may ensue, employers are advised to cater for future fund amendments in their employment agreements and policies.