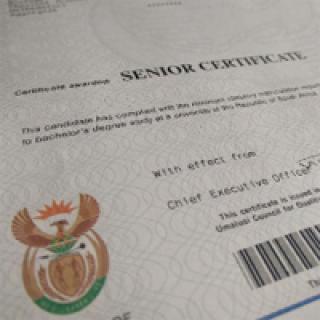 The University of South Africa (UNISA) this year recorded the highest number of fake matric certificates from prospective students.

The institution's Head of Re-Admissions and Student Disciplinary Matters, Gherhardt Waldeck, said he was stunned by the influx of false and forged certificates that had been submitted to the university by students who wanted to register.

He noted that some of the certificates were of reasonably good quality while the majority were poorly made.

"Because we have had a zero tolerance policy in place for many years now, we plan to prosecute each and every one of these individuals,' he said.

Forging Degrees is also a growing problem, Mr Waldeck said, adding that there was growing evidence that organised crime specialised in forging qualifications.

Since the university council took a decision in 2000 to prosecute fraudsters, he had notched up a 100 percent success rate with prosecutions, Mr Waldeck said.

"Because it is so important that UNISA's reputation, locally and internationally, remains untainted, we prosecute all cases of fraud," he said.

One of the reasons why it was so important to expose student applicants with forged certificates was because students were dropping out of the country's tertiary institutions at an alarming rate.

"We are picking up more forgeries than ever before in the history of our company, some forgeries are very professionally done and are only picked up when we attempt to verify it with the authorities.

"Very few employers in the private sector bothered to prosecute offenders but in general, universities are getting less tolerant and prosecuting many fraudsters."

He said more than 12 percent of the matric qualifications he verified in 2007 were fraudulently misrepresented. This number has increased by 68 percent from 2006.

Fraudulent misrepresentation includes altered results on genuine matric certificates as well as completely fake certificates where the person did not obtain a matric at all.