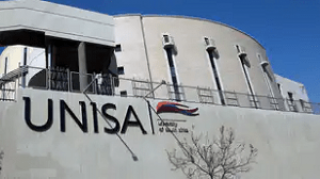 The University of South Africa (UNISA) has appointed its first female vice-chancellor. This comes after the UNISA Council conducted a selection process to find a candidate fit for the job.

Professor Puleng LenkaBula will take on her duties as vice-chancellor from 1 January 2021.

LenkaBula has held management positions at several institutions, including Unisa. She previously worked at Unisa as the Dean of Students.

Chairperson of the UNISA Council, Sakhi Simelane said the university is committed to transformation and appointing LenkaBula is a sign that it is moving in the right direction.

“In Professor LenkaBula, we have appointed the right calibre of leader, who is student-centred and shares our institutional vision on decoloniality and transformation, knowledge-production, innovation and advancing the socio-economic development of South Africa, Africa and the world, in particular for the benefit of Africa,” said Simelane.

Simelane said the council would be offering LenkaBula support during her term to help her take the university's attempts at transformation and service delivery to the next level.

The Portfolio Committee on Higher Education, Science and Technology has welcomed the appointment of LenkaBula as it sees the university moving toward gender transformation.

“Gender transformation is critical to the development of the country, the African continent and the global community in creating a sustainable world. We congratulate the UNISA Council for taking such a bold step in addressing the underrepresentation of women in the higher echelons of the university," said chairperson of the Portfolio Committee, Philly Mapulane.

The committee hopes LenkaBula will help transform all sectors of Unisa, a university well known for offering distance learning to Africans.

The university recently managed to be internationally ranked among other universities.

“The committee looks forward to an engagement with Professor LenkaBula and her management team at its earliest convenience during its oversight responsibility over the university to ensure that the management, through her leadership, discharges its mandate in terms of section 27 of the Higher Education Act, 101 of 1997 as amended.

The committee has wished LenkaBula well as she prepares to take on her duties.