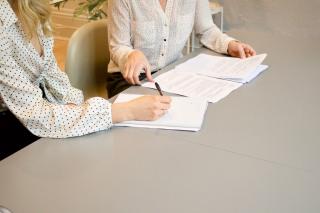 The recent Labour Court judgment in Botes v City of Joburg Property Company SOC Ltd and Another [2021] 2 BLLR 181 (LC) put it beyond doubt that issues which fall under section 23 of the Constitution, the right to fair labour practices, are governed by the principles of procedural and substantive fairness. Furthermore, the Court indicated that such issues are primarily dealt with through the Labour Relations Act 66 of 1995 ("LRA"). Therefore, when dealing with a dismissal dispute or unfair labour practice the question should be whether the alleged conduct sought to be impugned was procedurally and substantively fair, not lawful.

What then of the situation where a litigant approaches the Labour Court alleging unlawfulness on the part of the offending party? Such a cause of action is not provided for in any of the relevant labour legislation so how then does the Labour Court go about determining such a dispute?

The above question was answered by Moshoana J in the Botes matter. The issue was whether the decision of the board of the City of Jo'burg Property Company to place Botes on precautionary suspension pending a disciplinary process was unlawful and stood to be set aside. Botes alleged that the CJPC did not have the powers to place her on suspension and even if it did, the necessary jurisdictional facts to exercise such powers were absent.

In light of the above, Moshoana J stated that if the legislature wished to clothe any of the labour dispute resolving bodies, including the Labour Court, with powers to entertain the lawfulness of a suspension it could have said so. This is a view that is informed by Steenkamp and others v Edcon Ltd (NUMSA intervening) (2016) 37 ILJ 564 (CC). The principle drawn from Steenkamp is that where an employee alleges unlawfulness and not unfairness, the Labour Court lacks jurisdiction.

The other noteworthy point from Botes is that a breach of an employment contract should not be confused with unlawfulness. Should an applicant wish to claim breach then same should be brought in terms of section 77(3) of the Basic Conditions of Employment Act 75 of 1997 ("BCEA"). The Court made it clear that breach cannot be equated to unlawfulness. Although the Labour Court accepts that generally where a party breaches a contract they are said to be acting unlawfully, it is not necessarily the case that such conduct as a party not acting in accordance with the terms of a contract amounts to unlawfulness. It is simply a repudiation which then entitles the innocent party to an election of either upholding or cancelling the contract. Seeking an order of specific performance, for example, would not extend to declaring unlawfulness. Therefore, breach and unlawfulness should not be equated.

The Court further stated that it would have been inappropriate for it to assume jurisdiction where the LRA provides that unfair suspension disputes are justiciable under section 191 by the CCMA or bargaining council. This is relevant because Botes' case was in essence an unfair suspension dispute as contemplated by section 186(2)(b) of the LRA. Therefore, she could have pursued her claim at the CCMA in terms of section 191(1)(a)(i) and (ii) read with section 191(5)(a)(iv). However, she disavowed those remedies and suffered the consequences.

Consequently, it is now clear that the doors to the Labour Court are tightly shut to questions of lawfulness. Moreover, should the case be an unfair suspension/dismissal dispute then a disputant must take their matter to the CCMA as opposed to the Labour Court. If not, then they will suffer the fate of dismissal of the matter for want of jurisdiction. Lastly, where a breach of the employment contract is alleged, same must be brought in terms of section 77(3) of the BCEA. A failure to heed these technical points of law will leave parties headed out the doors of court as quickly as they oftentimes make their way there.