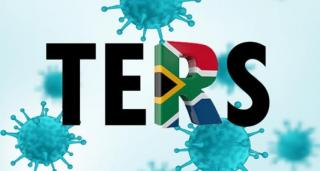 Employment and Labour Minister Thulas Nxesi says that his department is in the process of investigating the non-payment of relief funds by employers to their employees.

Nxesi said this during a virtual address when Ministers in the economic cluster appeared before the National Assembly to answer oral questions.

When asked how his department was dealing with the challenges of employers, who have received the Temporary Employer-Employee Relief Scheme (TERS) benefits, but have not passed on the money to their employees, Nxesi said that around 700 000 beneficiaries have come forward stating that they have not been paid by their employers, who had already submitted claims on their behalf.

“…We are following up on employers who have not paid. We have made an undertaking that no matter how long it takes if people are owed their monies, they will have to be paid after we have done proper investigations, and we have satisfied ourselves of the proper documentation because it is equally dangerous to simply pay if the documentation is not proper,” Nxesi said.

The Minister was also asked what further steps would be taken to hold those involved in alleged corruption accountable for placing the livelihood of employees at risk.

To date, around R34 billion in benefits has been paid through employers to their recipients in 7.4 million payments whcih is in line with a promise to provide income support for three months.

During this time, a further R4 billion was handed out in the form of normal UIF benefits in 677 000 payments to beneficiaries.

Nxesi said that the non-payment of TERS benefits is being followed up and that in some instances, employers received the money but have not handed it over to employees.

Other times, employees are foreign nationals whose documentation is not sorted out because of their identification.

“We are trying to work with employers collaboratively, to deal with those issues,” the Minister said.