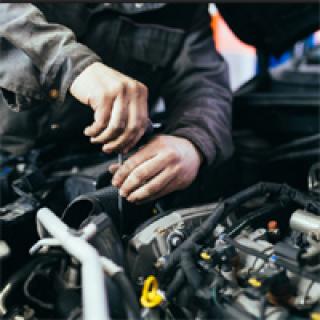 During the course of the year, the company will also establish a specialised Driver Training Academy to address the shortage of skilled drivers in the region, at an investment of R1.4 million. They are also continuing with their involvement in Star for Life, a non-profit organisation that aims to provide young people in southern Africa with essential life skills, sports training and health education at a tune of R7.8 million.

Volvo’s initiative is in line with the YES initiative led by President Ramaphosa. Launched in March, the initiative between business, government, labour and civil society will see businesses creating one-year paid positions for youth aged between 18 and 35 with a minimum paid stipend of R3500 a month. Christensson said Volvo believes in the future of South Africa, especially in the youth and the endless potential they hold. “As a global company, with a strong commitment to the success of South Africa, we also support government’s initiative to focus on youth development as is envisioned in initiatives such as the proposed Youth Employment Service,” Christensson said.

It is about creating more opportunities for the youth to grow, to develop, to learn and to ultimately prosper, he said. “We are ready and willing to take hands with government to identify and create more opportunities for our youth, to start rebuilding the social fabric and economic transformation of the South African labour market.” President Ramaphosa, who addressed the launch on Saturday afternoon, welcomed the commitment from Volvo, saying it will go a long way in addressing the high rate of youth unemployment which he said is the greatest challenge to social development in South Africa.

The president added that the development of the skills for South Africa’s youth is a shared responsibility between business, government and labour. “We call on companies to join the programme, not only to increase the chances of employment for many thousands of young people but also so that the companies themselves can develop the young workforce that they will need to expand and grow.” TVET college students attending the launch of the programme welcomed the initiative believing it will give them the relevant skills and exposure.

“We are very grateful as TVET students for the programme which will expose us to the opportunities that we think will be in-line with what we are learning in school. We even more grateful that Volvo will focus on us as TVET college,” said mechanical engineering student Nosihle Makumu form KwaMashu TVET college. KZN MEC for Economic Development Sihle Zikalala also welcomed the commitment from Volvo saying it will provide a wide range of employment opportunities for the province’s youth.

“We welcome Volvo for being part of transforming not only the economy but the local communities as well.” Before the start of the launch, President Ramaphosa toured the assembly plant at Amanzimtoti. The plant produces 10 trucks a day. The plant contributes to the group’s employment of around a 1000 people in its assembly plants in Durban, as well as in Rosslyn, Pretoria.-SAnews.gov.za