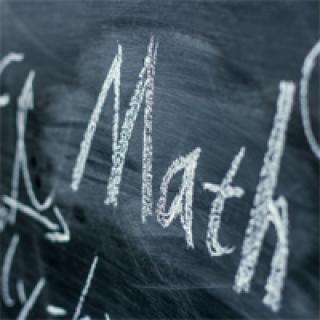 It is almost impossible to find a profession or business that does not already rely on algorithms in some form. Nobel laureate Daniel Kahneman brought to light that algorithms are often preferable to human judgement in such diverse fields as law and medicine, observing that “there are very few examples of people outperforming algorithms in making predictive judgments. So, when there is the possibility of using an algorithm, people should use it.” The 2018 World Economic Forum (WEF) Future of Jobs report provides evidence that jobs for doctors and lawyers are declining due to technological advances that are replacing their skills. The report went on to identify the essential skills needed for 2020, which included analytical thinking and innovation; technology design and programming; complex problem solving, and systems analysis and evaluation. These are for all intents and purposes mathematical skills.

Meantime, data science/analytics is the fastest growing field in the United States, and according to LinkedIn, the profession has grown 6.5 times since 2012. As data science is based in statistics and computer science, proficiency in mathematics is, again, a prerequisite.

Maths is problem-solving. It is logic. It is analysis. It underpins analytical thinking. You simply cannot do these things without mathematics.

Globally, mathematics education is benefiting from high levels of investment to meet future needs. In 2015, Japan took steps to close social science and humanities faculties at 26 of its 86 national universities in favour of subjects that would better prepare its workforce for the future. Professor Grasselli notes that, at McMaster University in Canada, Mathematics is the largest department in the Science Faculty, and student numbers have increased by a multiple of five over the last six years. “Prospective students are aware of the need to have mathematical skill to be able to work in any industry, and they are designing their education around that.”

In South Africa, the picture is less positive. It is deeply problematic that South Africa is not producing sufficient school leavers who are competent in mathematics. The World Economic Forum’s 2016 Global Competitiveness Report ranked South Africa last out of 140 countries for mathematics and science.

This needs to be remedied. Urgently. Proficiency in mathematics is crucial for South Africa’s economic growth and development – as an emerging economy, we simply cannot afford not to invest in mathematics education. We need skilled people who can inform policy and shape industry. On an individual level – maths proficiency will become increasingly indispensable for job security.

Quite simply, the future world of work will be divided into jobs that are fulfilling, worth doing, and lucrative – and those that are not. Mathematics may prove to be the dividing line.