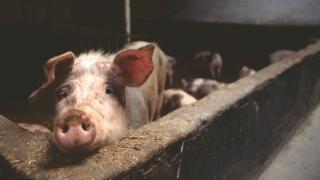 The Western Cape has confirmed that it is facing an outbreak of African Swine Fever (ASF).

This comes after two farms in Mfuleni, North of Khayelitsha tested samples from dead pigs which later came back positive for ASF.

“Approximately 5% of pigs had died on each of the two properties and the disease has the potential to kill all pigs on a farm. A ban has been placed on the sale and movement of live pigs from Mfuleni, to limit the spread of the disease,” said the Western Cape Agriculture Department in a statement.

The disease is spread by pigs coming into contact with infected wild or domestic pigs and contaminated people, food, objects and waste.

It can also be transmitted through being bitten by infected soft ticks. However, the department has confirmed that African Swine Fever does not affect humans and pork can still be consumed.

“Farmers should ensure that, if any swill is fed to pigs, it must be pre-cooked for at least an hour. This will ensure the inactivation of the ASF virus, as well as other diseases of concern.”

The Western Cape Veterinary Services has launched a survey to determine how far the disease has spread in Mfuleni and surrounding areas.

Samples will be collected from dead pigs on farms suspected of having ASF.

“The origin of the outbreak is still unknown but the clues may be provided by the study of the specific virus detected and by information provided by affected farmers.”

The Department of Agriculture, Land Reform and Rural Development (DALRRD) and the Western Cape Agriculture Department have asked farmers to stay on high alert.

Farmers will have to report sudden illnesses and pig deaths to their local State Veterinary office in order for attempts to be made to slow down the spread of the disease.

The Western Cape is not the first province to experience an outbreak, as 7 other provinces have been experiencing outbreaks since 2019.

“In 2021 thus far, there have been numerous outbreaks in Gauteng reported in the Randfontein, Tembisa and Midvaal areas. The latest outbreak in the Free State was reported in January 2021, where contact with warthog is suspected to have played a role.