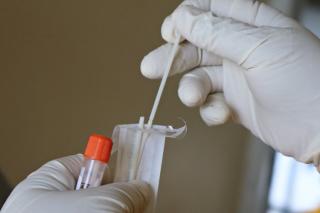 The Western Cape is facing a resurgence in Covid-19 cases. The province has faced a 52.1% increase in cases over the last week alone.

Premier of the Western Cape, Alan Winde said this is concerning, as the virus is spreading at an alarming rate in communities.

“A resurgence is when the number of active cases increases, week-on-week, by more than 20%.

Sub-districts in George and Knysna have the most active cases and there are concerns that the City of Cape Town will soon follow.

“While the growth in cases has mainly been driven by these two districts, we are also worried about the Cape Winelands, which is starting to record a concerning number of new cases,” said Winde.

Officials will be keeping a close eye on the Overberg, Central Karoo and West Coast districts as they are near the hotspots.

“In the last 24-hour reporting period alone, the number of people being hospitalised for COVID-19 increased by a staggering 54 people.”

Another concerning increase is the 75% increase in critical care admissions.

“This is particularly concerning, as an admission to a critical care unit is an indication of severe illness that might lead to death,” said Winde.

He has urged all South Africans to do their best to follow Covid-19 health and safety guidelines to prevent a second hard lockdown.

Winde also urged people to report violations of Covid-19 guidelines as we head into the festive season.

“We also cannot afford a lockdown again, as is being witnessed in many European countries right now. Our economy simply cannot afford it. A lockdown would kill jobs and cause our humanitarian disaster to worsen. This will also cost lives in the future,” he stressed.