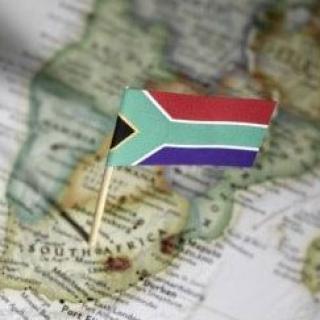 Young people from the Western Cape will represent South Africa at a global skills competition.

The sixteen young people won medals at WorldSkills South Africa, which was held in Durban last month. Of this group, eight gold medalists will represent South Africa at the international competition in Abu Dhabi later this year.

In total, South Africa will send 23 participants to the competition. Globally, 76 countries will compete in the 44th WorldSkills competition, which takes place between 14 October and 19 October. Winners will receive medals, certificates of achievement and the title World Skills Champions.

This morning (14 March 2017), Alan Winde, Minister of Economic Opportunities, hosted a breakfast for the winners, and offered them encouragement ahead of the global competition later this year.

“Skills creates job opportunities for young people. The young winners of WorldSkills South Africa are the future of our economy. I was especially encouraged that many of them are planning to start their own businesses, and in this way, will create jobs for others.

The Fourth Industrial Revolution is showing us how technology is disrupting the economy. We see this in accommodation with Airbnb and in transport, rideshare services are changing the way people get around. We need to make sure that our skills programmes are responsive to these changes.

We will be focusing on the Western Cape’s key economic sectors prioritised under our growth strategy – Project Khulisa. These sectors are Oil & Gas, Agri-processing and Tourism.”

Ebrahim Peters, Provincial Artisan Development Steering Committee Chairperson, said: “We are dependent on young people to take up the challenge in order to bridge the skills gap. These young people , these artisans in training have taken up that challenge and have proven that they are worthy of representing their province and country on an international platform.

We will support them on their road to the international event and will keep a close eye on their careers.”

“To participate in the World Skills Competition internationally is quite different from competing in any other competition such at the Olympic Games. Athletes prepare long in advance for a race that takes a couple of seconds.

In the World Skills Competition competitors compete for three successive days and this is where our young people really need to show commitment, mental strength and dedication. The Western Cape is privileged to have four of the national experts in their field to guide and prepare students on their journey to the international competition.”

Tilly Reddy: WorldSkills South Africa Western Cape Sub-Committee Chairperson, said: “Worldskills competitions must be viewed as an opportunity to developed excellence in artisanal skills so that we can compete, with the best, globally and ultimately contribute to our economy”.