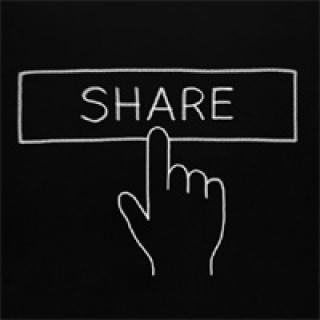 The sharing economy is a quick, convenient and affordable way to share underutilized assets.

The idea is to make private resources available to the public, sometimes for a minimal fee. For example assets such as cars and bedrooms can now be marketed through the latest apps for people seeking accommodation and transport.

This minimises wasted material goods and services for the benefit of both the user and supplier.

A trend that is partially due to overcrowding in major cities or urban areas where sharing is needed to preserve space.

In the video 'An animated overview of the sharing economy' we see that there is also a definite shift away from 'ownership'.

Acquiring material goods is no longer the highest priority for young working professionals.

"More than 3 out of 4 millennial would rather pay for a service, experience or event than owning something."

This includes sharing data, electricity and home cooked meals which gives people the opportunity to earn and save money.

"The sharing economy has emerged because alot of people need it and want it." As a result it is growing rapidly across the globe, particularly in America.

But, while this model might be new to Western society, history shows that Africa has long been engaged in the practice of 'sharing'.

Sharing resources and assets is nothing new to African communities.

According to South Africa.net "Sharing and communal existence has been intrinsically linked to the African way of life for time in memorial."

The term 'Ubuntu' which is translated as "I am because we are" is commonly used by Africans to express this way of life.

While sharing is intrinsic to the African lifestyle using technology to facilitate transactions is still gaining momentum.

However due to its existing culture and large population Africa holds enormous potential for a sharing economy to be fully established on its soil.

Sharing space, skills and small business opportunities for example could promote employment, reduce poverty and further the development of the African continent.

Is a Sharing Economy the way forward for Africa?