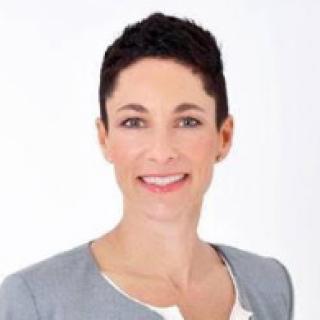 Companies spend months sourcing top leaders for their executive teams – at great cost – yet often these newly appointed leaders fail to perform to expectation, which further impacts on the morale and bottom line of an organisation. In many cases, the fault can be traced back to the hiring brief, which is often informed by outdated ideas of what makes a good leader, an expert says.

“After 20 years sourcing senior leaders, executives and CEOs, and having taken more than 2000 briefs from boards and hiring managers, we continue to hear the same descriptive words and phrases used time and time again, which points to a common belief system that hiring managers have about what a successful leader looks like,” says Debbie Goodman-Bhyat, CEO of Jack Hammer, rated one of the top 3 executive search firms in South Africa.

“This includes not just the credentials, but also the physical demeanour and the personality traits of the individual. This belief system comes from an archetypal view around the ‘hero’ image - the one who is going to save the day and lead the team and the organisation forward. It is notable that very few of these commonly held beliefs about the ‘persona’ of a leader are interrogated with actual data,” she says.

One of the most common misconceptions about what makes a desirable leader, is that an extrovert is more likely to be successful than an introvert, says Goodman-Bhyat.

The CEO Genome Project, a 10-year study that aimed to identify the specific attributes that differentiate high-performing CEOs, confirmed that boards still think a successful CEO is “a charismatic six-foot-tall white man with a degree from a top university, who is a strategic visionary with a seemingly direct-to-the-top career path and the ability to make perfect decisions under pressure”, the researchers note in Harvard Business Review.

“Our findings challenged many widely held assumptions. For example, our analysis revealed that while boards often gravitate toward charismatic extroverts, introverts are slightly more likely to surpass the expectations of their boards and investors,” they noted.

“I have seldom, if ever, had a brief from a board or hiring manager noting a preference for an introverted leader,” she says.

“In fact, they almost always want someone who is a charismatic extrovert and makes a great personal impression on first meeting. Now we know that an outgoing individual who is great at breaking the ice and generates their energy from external sources - the true meaning of extroversion - is going to be a lot more successful in an interview. But will that person be significantly more successful in the job? Not according to the data.”

Yet like clockwork, top quality leaders with incredible track records are being excluded based solely on the fact that they did not come over as charismatic enough during the interview, she says.

Another briefing point requiring careful thought is that of qualifications, notes Goodman-Bhyat.

“In South Africa, boards and excos are incredibly invested in high level qualifications as a measure of success. While they may not necessarily believe that it’s a predictor of success, they similarly are almost disbelieving that someone with just a basic tertiary qualification could possibly be a successful CEO or executive.

“Gone are the days when experience spoke for itself. Yet, if you look at the number of exceptionally successful entrepreneurs who have grown huge, profitable businesses with nothing more than a high school certificate, this proves the fact that an expensive education is not a key driver of success. Of course, education is always an asset, but it is clear that performance is possible without a high-level degree.”

Additionally, hiring managers should not be blinded by the glow of an Ivy League degree on a candidate’s CV.

“In many cases the ‘right’ degree on a CV adds some kind of ‘WOW’ factor. But it is important to distinguish between ‘really bright academically’ and ‘really successful as a leader’. A degree in no way predicts leadership success, so to use it as a screening criterion doesn’t really make sense,” says Goodman-Bhyat.

“Ultimately, boards and hiring managers should re-evaluate the list of requirements included in job briefs for leaders, and consider whether there is merit in retaining them. They might inadvertently be screening out the best candidates for the job. In addition, they should not allow glitzy qualifications to override a CV which is less degree-laden, but more substantial in career achievements.

“Our best advice to decision-makers in the hiring process is to examine some of their internal belief systems around the ‘perfect’ leader. Ask: ‘Are these valid and why?’. It may be here that new answers emerge, resulting in different recruitment decisions and more successful CEOs.”