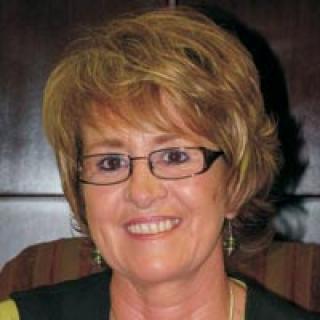 It?s official. Men and women lie fairly equally in the race for jobs (54% and 46%
respectively to be precise). And in some cases, like secondary qualifications, women
lie more. This is according to the latest Background Screening Index by Managed
Integrity Evaluation (MIE), Africa?s leading background screening company.

The Index clearly shows that where risk is involved (nearly one in five job seekers
lie on their CVs), there is very little difference between the sexes, with 54% of
women fudging their secondary qualifications and 42% falsifying their tertiary
qualifications.

In the area of criminal records and drivers? licences, men represent 83% and 59%
of the cumulative risk. Ina van der Merwe, the Chief Executive Officer (CEO) of MIE,
says that while these figures are less surprising, the drivers? licences are concerning
since 41% of women are faking in some way. "Considering the growing popularity of
women ambulance, bus and truck drivers, this figure is a warning bell to the industry.
Insurers offering special deals to women drivers should also take note.'

The high percentage of secondary qualification fraud (54%) is indicative of the many
women who are trying to secure roles, where the barriers to entry are relatively low,
like call centre agents, receptionists and sales clerks. While the frequency of lying
diminishes slightly in the tertiary space (42%), giving men the edge in this regard,
the propensity to mask reality is worrying.

Fortunately for honest job seekers, prospective employers and recruiters, MIE has a
number of fraud-busting resources in place, such as access to Umalusi?s database,
the statutory body responsible for verifying the authenticity of national secondary
qualifications, as well as the National Qualifications Register (NQR?), which was
developed by MIE to verify the legitimacy of tertiary qualifications, including the
issuing institution and year of graduation. Presently, there are 3.1 million qualification
records from 26 tertiary institutions on the system. As a result, MIE is able to flag
academic fraud very quickly, easily and cost-effectively.

Tertiary qualifications from institutions in the rest of Africa pose the highest risk,
which is why MIE is working hard to cultivate partnerships far and wide. The
Polytechnic of Namibia subscribed to the NQR? recently.

"Assuming women are less inclined to lie is dangerously misleading and desperately
naive,' says van der Merwe. There are a number of high-profile cases overseas,
where senior women executives have been fingered for lying about their tertiary
qualifications. In the US, Marilee Jones, the former admissions dean at the world-
leading Massachusetts Institute of Technology (MIT) claimed various degrees,
including a doctorate when she?d never even finished college!After 28 years of
service she was forced to leave when her lies were uncovered. In the UK, Alison
Ryan, the former head of PR for the globally renowned Manchester United soccer club
claimed a first-class degree from Cambridge University, as well as a pass with
distinction in her professional exams.

In reality, she had a second-class university degree and was disbarred after being
charged with nine counts of professional misconduct. "Closer to home, there are
many cases of women committing fraud in blue-chip boardrooms and small
businesses. No one is immune from this terrible scourge.'

Van der Merwe adds that there are many reasons why men and women lie about
their qualifications. "They may have a poor academic track record. They may believe
that by embellishing what they do have, they stand a better chance of getting
noticed and moving up in the world. While ego and vanity are known to play a key
role, there is also the over-riding need to survive in an increasingly competitive
economy. Relying on face value is really the thin end of the wedge. Thorough
background screening is the only real way to authenticate claims and validate hiring
decisions.'