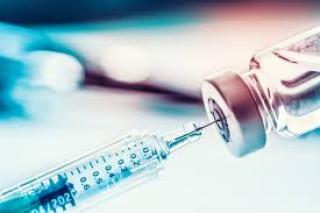 South Africa is currently on the waiting list for the first batch of COVID-19 vaccines, however, the question all South Africans are asking is who will receive the vaccine first.

Research done by the SA Medical Research Council shows that the most vulnerable in the country is very different from the global norm.

South Africa's has a high poverty rate and a large number of people with multiple health conditions, which is why it is so difficult to decide which group takes higher priority.

Safura Abdool Karim from the SA Medical Research Council believes that the government need to decide wisely on how these vaccines will be allocated since the country will only be receiving enough to vaccinate 10% of the population.

Everyone agrees that the first on the priority list needs to be healthcare workers since they work with sick patients on a daily basis. However, when it comes to the second most vulnerable group it becomes tricky since the group comprises of two large groups, the elderly and those with multiple health conditions.

The WHO (World Health Organization) came up with an allocation framework which should make the decision process a lot easier for the government, however, they need to keep in mind that the group that they choose to vaccinate first needs to minimize infections and the most vulnerable needs to be protected.

Karim believes that the distribution of the vaccine should be done in a fair manner and that those who are wealthy should not be able to receive the vaccine solely because they can afford it but that the vaccine needs to be easily accessible to the most vulnerable.

By ensuring that the most vulnerable receive the vaccine, it will help reduce the burden on the healthcare system and ensure that hospitals are not overflowing with patients.

South Africans have recently been informed that the country will only receive the COVAX vaccine in the second quarter of 2021, which has left many people feeling not only anxious for it arrival but also frustrated that it is taking so long to arrive.

Karim has kindly shed some light on why the vaccines will be taking a while longer to arrive in the country.

According to Karim, there are several parts to procuring a vaccine, such as deciding which vaccines to procure, how to deliver these vaccines and which forms of delivery to use. The first component may take a lot longer than the others since each country chooses the best vaccine for them.

"Now normally COVAX would have wanted a full approval before distributing that vaccine but it has allowed each country to choose whether or not it will take a vaccine that has received an emergency use approval," says Karim.

The government needs to decide which vaccine would be feasible when distributed in South Africa, which is why it may take a while before it is delivered.

South Africans need to keep in mind that there is a whole system at work that needs to happen and not all decisions are controlled by the government.