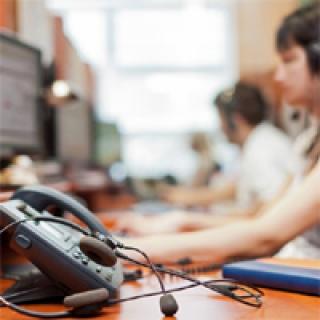 In 2007 South Africa was identified as one of the world’s upcoming Business Process Outsourcing (BPO) destinations of choice. Now, 12 years’ on, does this still ring true?

Jacques de Beer, CEO of Talksure, an international contact centre located in Umhlanga, says, “South Africa has continually been recognised as a leading BPO destination and have received numerous international awards to prove it.”

In fact, he adds that South Africa was named ‘Global Destination of the Year’ by the Global Sourcing Association, high praise for South Africa’s credibility within the industry. Furthermore, growing infrastructure, government incentives, cost competitiveness and first-class customer service, make for a booming South African Business Process Outsourcing (BPO) industry that is expected to grow even more over the next few years.

For years, the world has recognised that our workforce has the ability to deliver first class service to off-shore clients. This fact has not changed. Specifically, South African agents have an ability to develop greater empathy with customers than those in other offshore locations and are naturally skilled in handling complex calls and negotiations.

According to an analysis report by Business Process Enabling South Africa (BPESA), global businesses like Amazon are ramping up its customer service from South Africa and is recruiting ‘free-thinking’ agents. They are unscripted, which is typical of South African contact centre services, and are authorised to take whatever action they feel is appropriate to solve the customer’s problem. These are critical skills in ensuring high-quality customer service and revenue generation.

English native speaking markets such as the UK, Australia, and the USA continue to account for the majority of South Africa’s offshore market. The fact that South African agents have a cultural affinity with these countries and coupled with a neutral English accent, makes South Africa a perfect offshore BPO choice. Interestingly, Germany and French-speaking agents are also increasing in South Africa.

With a favourable exchange rate, South Africa currently ranks as the 3rd largest offshore location for UK and Australian companies who experience significant cost-savings of up to 70% compared to onshore service delivery. Business costs are under increasing scrutiny and lower costs are attractive, especially with a comparable (or better) quality of service.

Even more encouraging is the fact that the industry is being recognised for its growth and job-creation potential. As a result, South Africa’s Department of Trade and Industry (DTI) provides an incentive scheme, enabling sales and broker training and employment of agent.

The global contact centre standard (ISO 18295) was led by and is based on South African standards. South Africa is a prime business destination with international airports, located in its leading BPO cities Cape Town, Durban and Johannesburg, that provide direct international flights. Modern transportation networks, sophisticated telecommunications, and internationally recognised tourism attractions have also positioned it as a prime business destination.

“The truth is that South Africa’s value proposition has not changed much since 2007 with one major difference – it is no long up and coming – it is the world leader!” de Beer concludes.