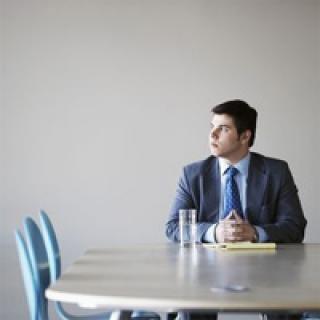 Are you asking the right questions in your candidate interviews? “Right” may be relative to the business and the role in question, but is your list of the usual questions really providing you with insights into the candidate’s abilities and suitability for the role?

After all, the standard questions on work history, personal goals, and a candidate’s self-assessment of their strengths and weaknesses are well known and are often considerably rehearsed, which leads to a less than adequate representation of the interviewee.

Lyndy van den Barselaar, managing director for ManpowerGroup South Africa believes that the inclusion of a few unusual, unexpected, and what may even seem to be cryptic questions in an interview could provide the interviewer with a far deeper insight into how the candidate manages stress, conflict, problem solving, foresight, and accountability – all of which are important factors in ones career.

“The intention is not to trick or sabotage the candidate, but rather to present situations and scenarios that require the candidate to answer naturally rather than following a memorised script. How you structure and word the questions will prompt answers that will tell you a lot about a candidate’s true character, which is exactly what an interviewer is looking for: will this candidate perform well within the role, the team structure, and the company culture?” says van den Barselaar.

“A series of unconventional questions, sporadically asked in between the standard list of questions will not only give you better insights into the candidate, but will also disrupt the comfortable situation that comes with just answering the standard questions,” explains van den Barselaar. “By disrupting the expectation of the questions, the candidate is forced out of their comfort zone and will answer with responses that are not as rehearsed, resulting in the interviewer getting a better understanding of the candidate’s true nature. Once again, this situation is not meant to sabotage a candidate, but rather to see how a candidate would react to real workplace situations.”

Here are 5 examples of unconventional interview questions that will highlight a candidate’s beliefs, values, and potential concerns; or may underscore the candidate’s perfect fit for the role. “These are not specific questions that should be added to your list of interview questions, but rather examples to help the interviewer develop their own, preferably relevant to the role being offered and the organisation itself. It would also be a good idea for the interviewer to let the candidate know that they may ask a few questions that are a little unusual,” says van den Barselaar.

1. If the roles were reversed and you were interviewing me, what questions would you want to ask me, and why?

This question presents a relatively complex concept, forcing them to evaluate the question’s multiple perspectives to determine what is actually being asked, as well as forcing the candidate to change their perspective to consider the interviewers point of view in giving an answer. How the candidate answers the questions will provide an idea of their reasoning and problem-solving abilities.

“Often, candidates only focus on a role from their perspective and do not consider that their future role plays an important role within a team, and must support the team’s and line manager’s objectives,” says van den Barselaar.

2. You are one of two final candidates for this position, and you met the other candidate before the final interview. The other candidate shares a personal story pleading for you to withdraw so that they can get the job. How would you respond?

“A question such as this presents the candidate with a conflict situation, and the answer would give an indication of their ability to manage a stressful situation, whether they would act in their own self-interest without considering the needs of their co-workers, and would also give an indication of a candidate’s empathy and understanding of ethical business behaviour,” shares van den Barselaar. “There is no right or wrong answer here, rather the information we want from the candidate is how they handle this situation, the steps they would take, and their reason for the action taken.”

3. You are currently unemployed. You interview for a particular position, but you are not appointed; however the company offers you a different position,that you aren’t particularly interested in. Do you accept the position or do you decline it and remain unemployed hoping that the right opportunity will come along?

“This question may present a conundrum for many. If you are unemployed and in need of a job, do you settle for less than your dream in order to make a living, or do you see it as an opportunity for growth. Alternatively, if the candidate declines the position, is it an indication of a candidate’s unwillingness to consider alternatives (which may give a broader indication of a candidate’s future resistance to accept decisions and outcomes that are contrary to their own), or does it show integrity in that the candidate knows what they want and has the determination to achieve their objectives. Again, in answering this, there is no correct or incorrect answer, rather the insight comes from how the candidate answers and explains their decision,” says van den Barselaar.

4. Of this list, what skill do you think will be the most important one to have in 15 years, and why?

“What an interviewer wants to establish is what the candidate feels is important to their professional success, and to what degree the candidate has considered how their position and career will be moulded by future trends. A question such as this forces the candidate to consider a futurist perspective on their career, and the answer and its justification provides the interviewer with insight into just how much the candidate has considered the future, as well as an idea of the candidate’s natural inclination towards a particular career development path. For example, answering with “the ability to code” shows that the candidate understands the trend towards workplace digitalisation, and that coding is a workplace language which will become a standard requirement; while answering with “top 10 languages” demonstrates that the candidate appreciates the continued trend towards globalisation and the ever-growing importance of understanding and respecting cultural differences. The answer “10-million followers on Instagram” may sound strange, but it does give insights into a candidate’s ability to visually represent messaging and information in an engaging way. Information visualisation is a skill that has been recognised as one that will increasingly become important in the modern workplace. A candidate who has 10-million followers on Instagram is surely one who understands the power of an image and has an aptitude for communicating in a succinct and engaging way.”

“It is therefore also advisable that the candidate include unconventional questions to gain insights into the interviewer’s openness to creative thinking, and also to determine to what degree the interviewer is looking for a well-rounded and analytical individual rather than a cookie-cutter employee that will obey orders and not seek to change processes for the better. After all, the candidate is interviewing the company and line manager just as much as the business is interviewing the candidate.”

“So often we may think that the modern workplace is moving in a direction where the workforce is homogeneous and void of individual personality, but this is not the case. As much as employers should be looking for candidates with a technical proficiency and aptitude for the role, they should also be looking for candidate’s that will add to the culture of their team and business,” concludes van den Barselaar.