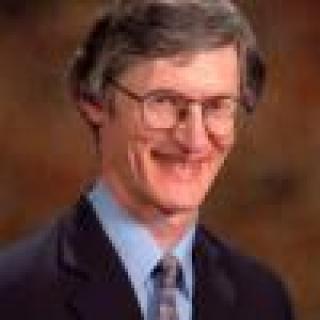 Not all discrimination is unfair. Giving company cars and other perks to managers but not to lower level employees is discriminatory but it is not necessarily unfair discrimination. This is because the discrimination is not arbitrary. There is a legitimate reason for favouring managers in this way, namely that such perks are necessary to retain management services by giving them market related packages.

Hiring a black person instead of a white applicant as part of a proper and established affirmative action (AA) policy and in order to satisfy an existing and realistic AA target is also fair discrimination. Having separate toilets for men and women is discriminatory but is not unfair discrimination because it has the practical effect of preventing dangers such as sexual harassment.

But where discrimination does not have a legitimate, practical and logical purpose it will be found to be unfair. Both South Africa’s constitution and the Labour Relations Act (LRA) prohibit such unfair discrimination on a very wide variety of grounds. These include, among others, race, gender, age, illness, family responsibility, gender, sex, belief and ethnicity.

Ethnicity discrimination is an issue that has raised its head frequently in South Africa in recent years under the label of xenophobia. This is due to the arrival of many thousands of Zimbabweans and people from other southern African countries. While discrimination on the grounds of ethnicity is unfair not all allegations of such unfairness are valid. In the case of Chizunza vs MTN (Pty) Ltd & others (2008, 10 BLLR 940) Chizunza was dismissed for claiming repayment for expenditure for a business lunch that had allegedly never taken place. However, Chizunza alleged that he had been dismissed because he was a Zimbabwean. The Court rejected this claim because the employer proved that the chairperson of the disciplinary hearing was unaware of Chizunza’s nationality and that it employed several Zimbabweans who had no complaints of unfair discrimination.

While not all allegations of unfair discrimination are successful in court those that are successful tend to result in such harsh decisions that they can cripple the employer. In the case of Mutale vs Lorcom Twenty-two cc (2009, 3 BLLR 217) the employee complained that she was being paid less than her white colleagues and that discriminatory remarks had been made about her. She was later dismissed on the grounds that she had failed to obey instructions.

As a result the Court ordered the employer to pay the employee twenty months’ remuneration for the unfair dismissal and a further twenty-four months’ remuneration for the unfair discrimination. That is, the employer was ‘punished’ not only for the automatically unfair dismissal but also for its discriminatory mistreatment of its employee leading up to the dismissal. It appears that, in effect, the Court believed that the charge of failing to obey instructions was largely a pretext of the employer used to get rid of a black person who was standing up for her constitutional and labour law rights. As a result the employer was ordered to pay the employee forty-four months’ compensation.

This case contrasts starkly with that of Chizunza discussed earlier in this article. In both cases the employer was able to show that there had been some grounds for accusing the employee of misconduct. However, the important difference between these two cases is that the employer in the Chizunza case brought evidence to show that it had not been discriminatory.

This shows that employers:

By lvan lsraelstam, Chief Executive of Labour Law Management Consulting. He may be contacted on (011) 888-7944 or 0828522973 or on e-mail address: [email protected]. Go to: www.labourlawadvice.co.za. This article first appeared in The Star.