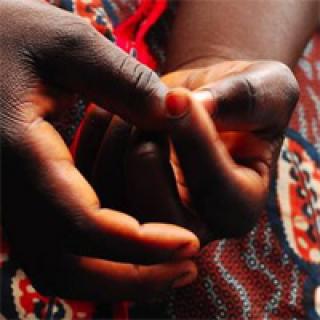 Women gathered at the Inter-Generational Dialogues at Freedom Park in Tshwane unanimously used the platform to push for the increased usage of African languages at school and in the home.

The call comes amid a chorus of voices, who are campaigning for the decolonisation of education, accompanied by a keen focus on matters of language and improved overall access to quality education.

Friday’s session was attended by Science and Technology Minister Mmamoloko Kubayi-Ngubane and her counterpart in the Department of Women in the Presidency, Bathabile Dlamini. Women student leaders from the Fees Must Fall campaign and leaders from the 1976 generation were also present to give their inputs on a series of conversations that are essentially meant to shape the national narrative on a reimagined future for women in an ever evolving South Africa, whose development is also impacted by global vicissitudes.

The dialogues are part of the events lined up by the Department of Women to celebrate the contribution of women to the country’s prosperity, in a month that is dedicated to marking the centenary of Mama Nontsikelelo Albertina Sisulu.

Understanding the importance of language

In her address, Kubayi-Ngubane said a big part of what needs to be accomplished in the movement to drive up the use of African languages is understanding the fundamental value of language firstly in the home, and in society.

“… We must start at home. Children are taught by us the language to speak. [Some of] our children cannot speak African languages and find it difficult… to relate or talk to grandparents when visiting our villages,” Kubayi-Ngubane said.

Dlamini acknowledged that government has made a commendable effort in as far making African languages accessible in school. She challenged parents to insist that children take on one African language.

The Minister, however, said it was high time that the education system went beyond looking at the pass rate as a measure of having produced learners who can effectively use what they were taught in school to bring about the development and transformation needed in society.

“You find people who have been to school but are failing to interpret what they learnt in practise.”

She also raised concern that young women in rural areas were being left behind in terms of access to new technology.

“… Data is expensive. We are running after development but not looking at the poorest of the poor. We are a different nation and different country, and our programmes must always ensure that we deal with issues of poverty,” Dlamini insisted.

Sibongile Mkhabela, who was among the 11 student leaders arrested in connection with the 1976 student uprisings, challenged women to take the lead in telling stories from their perspective as African women.

“When we tell a narrative from a male perspective, that’s when you begin to find ‘heroes’ and suddenly, an 18-year-old becomes a big hero. The reality is we were scared. We had to do what we had to do,” said Mkhabela.

Shaeera Kalla from the Fees Must Fall campaign implored the Charlotte Maxeke Institute to create spaces where women can talk about where they are going and come up with a plan of action to take forward their vision.

“You are what you do, not what you say. I can stand here and talk about a revolutionary programme but if I don’t have a plan to take that forward, what good is that? We need every single person to believe and to act in a way that creates the kind of Africa we want,” Kalla said. - SAnews.gov.za