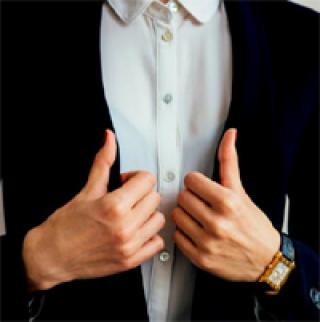 The data is informed by placements by Jack Hammer, Africa’s largest independent executive search firm with offices across the continent as well as Los Angeles, compiled annually since 2015. Last year’s stats show a 36% increase in the number of women appointed to leadership roles compared to 2017, with a total of 52% of roles being filled by women in 2018. Additionally, the data shows that 2018 was not an outlier, given that appointments of women consistently rose year-on-year: from 26% in 2015, to 32% (2016), 38% (2017) and ultimately 52% last year.

“Based on the trajectory, we previously indicated that we were cautiously optimistic about the growth in our gender transformation numbers, but it is quite significant to see such a massive jump in a single year. Importantly, the gain was in both EE and white female appointments,” says Advaita Naidoo, COO at Jack Hammer.

She says it is also important to contextualise the nature of these appointments.

“As a search firm, we only handle vacancies that companies are not able to fill themselves – in other words, the hard-to-fill roles where the available talent pool is not known, not internal, and not easily available. In other words, companies who want high quality leaders – qualified and experienced ones with a proven track record – but are not able to fill these roles through regular HR and recruitment channels.

“So what the stats tell us, is that companies remain committed to transformation, with a particularly strong focus on gender transformation,” Naidoo says.

Interestingly, the big picture insight from last year appears to indicate that the needle may have plateaued where transformation as a whole is concerned.

“As we predicted last year, the economy indeed turned out to have a negative impact on the ability of companies to lure and land executive level transformation candidates, with continued curtailing of budgets earmarked for new executive appointments. Because while package premium expectations remained high on the part of some, actual offers were reined in due to tighter budgets, impacting the ability of companies to attract top EE execs.”

“Based on the search mandates we receive, transformation continues to be a key imperative for companies. Much progress has been made since we first started collating statistics on placements, and despite the slow-down, the picture still looks better than it did five years ago,” says Naidoo.

“However we are concerned that transformation gains achieved in South Africa over the last few years could stagnate if companies do not remain on the front foot with their talent attraction and retention strategies.”

Leaner purses due to economic sluggishness, as well as an ongoing trend of black executive-level talent moving abroad when opportunities arise, means that companies are likely to continue to face an uphill transformation battle for the foreseeable future, Naidoo explains.

“So we advise companies to play the long game strategically by finding, landing and cultivating talent for senior roles before a vacancy arises. The market for talent remains highly competitive, so organisations need to be constantly working at this. Know where the talent lies, conduct market mapping exercises, ensure your Employee Value Proposition is in high gear, and keep a tight hand on talent retention strategies.”